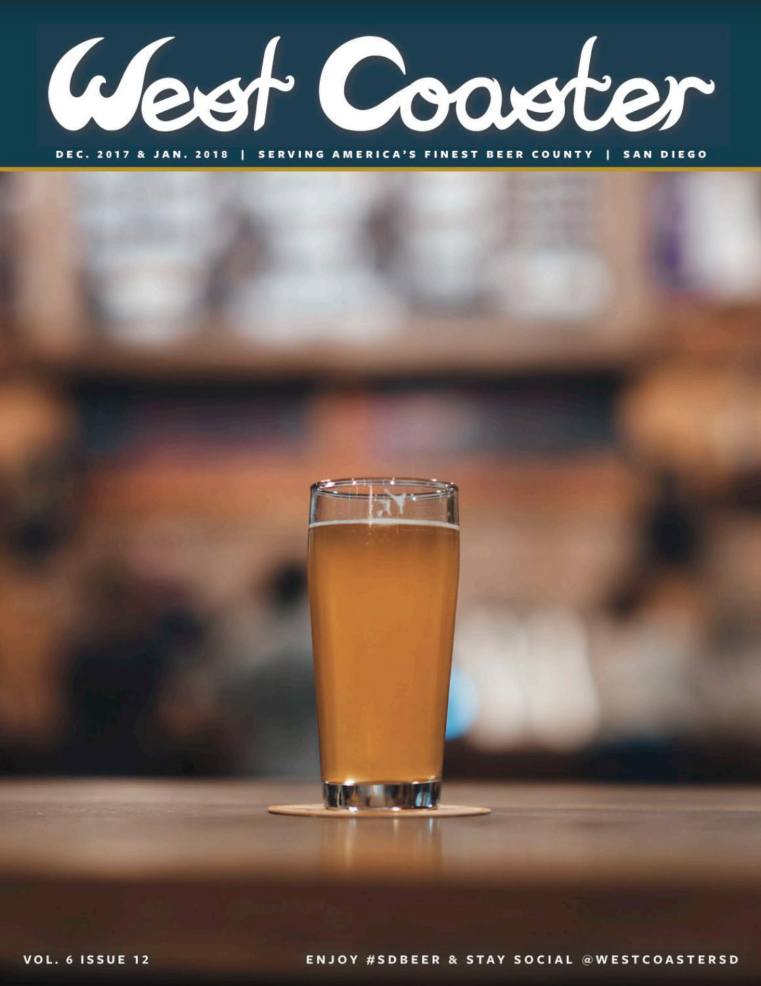 In reading a list of most-improved breweries, one can make the assumption that in order to make that roster these interests must have been pumping out bad beer at some point. While this certainly could be true, it is not always the case with brewing companies that find themselves a part of this annually shifting assemblage. In most cases this year, the operations mentioned were already making good beer—or even great beer—but are now performing even better from a manufacturing standpoint. There is always room for improvement, proof of which is provided below.

2kids Brewing | Miramar: This nano-brewery has actually been on an upward trajectory over the past few years, but this year, the level of refinement in this Miralani OG’s beers jumped quite a bit. Hoppy beers exhibit more vibrancy in their aromas and flavors, while maltier beers seem more cohesive and balanced overall. It’s no wonder this operation’s cultish fan base continues to grow, and a pleasure to see this husband-wife venture continue its steady ascent.

Alpine Beer Co. | Alpine: Alpine makes great beer. Tell you something you didn’t already know, right? Since being acquired by Green Flash Brewing Company in 2014, many have complained about perceiving a drop-off in quality between beers brewed in Alpine and those brewed on a larger scale and packaged for distribution, but this year, numerous canned offerings tasted better, more consistent and truer to the beers that inspired the purchase of that famed East County interest.

Bear Roots Brewing | Vista: Though a tiny nano built into a homebrew shop, this family-run brewery has been churning out enjoyable beer from the get-go. As such, the grizzly interest has earned a solid reputation and following, enough that ownership considered expanding brewing capabilities. Even though it opted against getting a bigger, more sophisticated brewhouse (instead fortifying the business with an outdoor patio), it has still managed to up the brightness and flavor of its beers.

Burning Beard Brewing | El Cajon: One of the most buzzed-about new breweries to open in the past two years, El Cajon’s best (and only) fermentation facility opened with an impressive beer line-up that only keeps getting better. The key is the brewing team’s devotion to fine-tuning until they get beers where they and their fans want them. Throw in this year’s barrel-aged specialties and you have an operation that managed to increase its angle of ascension in 2017.

Council Brewing | Kearny Mesa: When this husband-wife business first opened, its little-guy charm and friendly staffers made up for occasional inconsistencies. As it grew, sour beers of varied composition expanded the business’ rep and reach while taking center stage, portfolio-wise. The deliciousness of those brews continues to increase. Ditto non-sour beers, most impressively Council’s hoppy stock, which used to be a tad hit-and-miss, but now wows on a regular basis.

Division 23 Brewing | Miramar: This lesser-known brewery has had numerous head fermentationists since debuting in 2015, leading to varying quality across the beer-board. This year saw continued vocational movement within the brewhouse, but as of now, this operation’s beers are tasting better as a whole than they have at any point, making the long, winding road one must take to get to this tucked-away industrial park venue worth the maneuvering.

Indian Joe Brewing | Vista: The beer at this native American-owned brewery was at its best right before it shuttered in 2015. After a lengthy search for an ideal, much larger base of operations, the business reopened this year with a new head brewer and a laundry list of house beers coming in at 30. Variety remains the name of the game, making it harder to keep every member of the diverse line-up in check; still, Indian Joe’s beers are the finest they’ve been during either of its iterations.

Kilowatt Brewing | Kearny Mesa & Ocean Beach: This business is in the process of expanding its brewing capabilities, but before trading up to a larger brewhouse, they took the wise step of bringing on a head brewer with experience garnered over years spent at AleSmith Brewing. He has tinkered with several beer recipes and the early results are extremely promising. This should be a fun brewery to keep an eye on over the coming year.