A Tale of Merriment, Accomplishment, and a Mosh Pit

A Tale of Merriment, Accomplishment, and a Mosh Pit 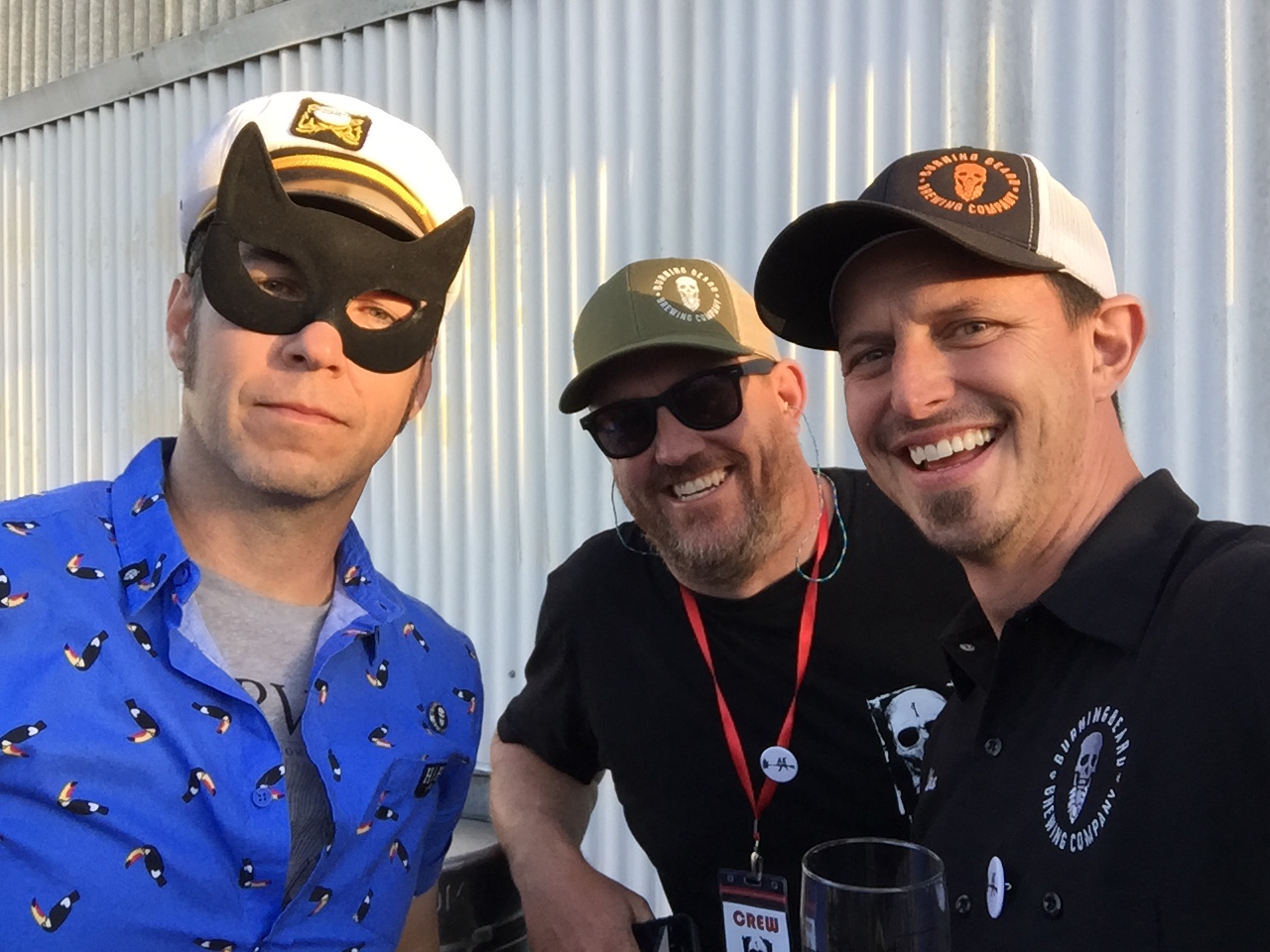 It was certainly a party for the books. Our celebration of 365 days of Burning Beard Brewing Co. was filled with new and familiar friends, many a hoisted stein, live music, and a togetherness made possible by the shared dream of opening a brewery. The event itself was a behemoth to pull off. While early planning began in late 2016, the weeks prior to April 1, 2017 saw a marked uptick in pre-party craziness. Each and every Beard took turns labeling, hand-waxing, and stamping upwards of 900 bottles of Panic at the Monastery—our first ever bottled release. The premiere of this bourbon barrel-aged beauty was to be on our first anniversary, and it went off without a hitch. The 250 Beard fans in attendance received a numbered (from 1-250) collector’s edition bottle of Panic at the Monastery, complete with wax seal stamped with our Hopskull insignia. 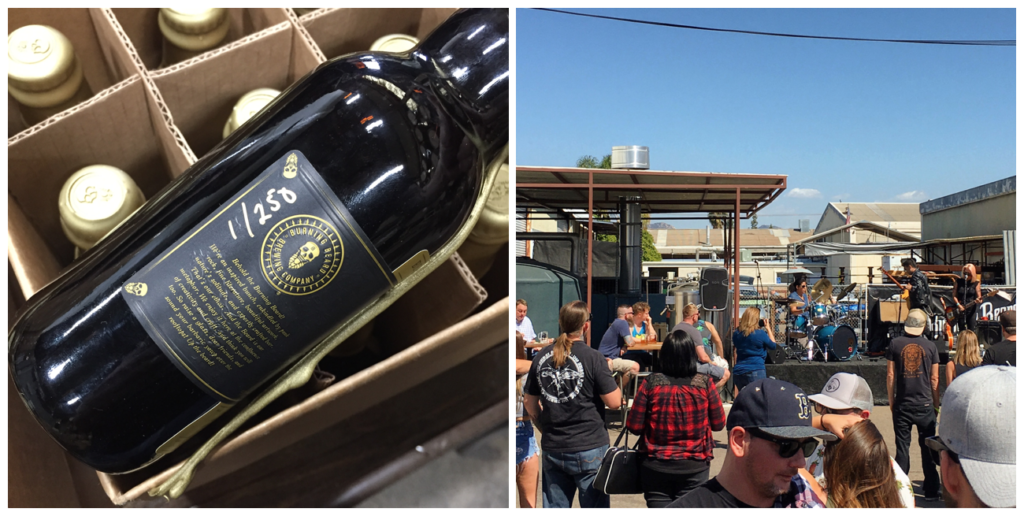 The morning of April 1st was a flurry of last-minute to-do’s in preparation for our 250 guests, three food trucks, 20 staff, and three San Diego bands. We extended our license for the day to include the back lot of Burning Beard—necessary to contain this party of epic proportions. There was nervous anticipation as owners Mike and Jeff called all hands into our barrel room for a pep talk. The jockey boxes were prepped, the beer was iced, chocolate chip raisin cookies voraciously consumed (shout-out to Beardfans Michael and Rebecca Cardoza), badges passed out, and the guest list ready and waiting. 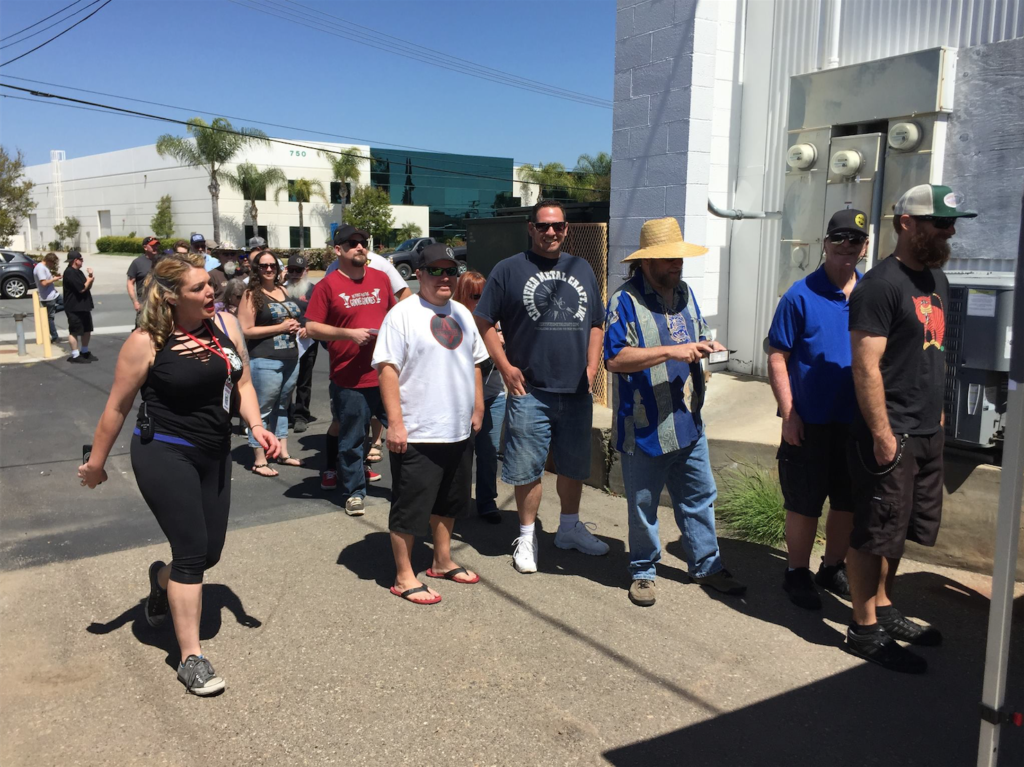 The exciting 1 o’clock hour was upon us. The first guests were checked in, received their first beer token and 22oz anniversary stein, and were set loose to enjoy the day. We released five (5!) new beers for the occasion, with each and every tapping more delicious than the last.

Psst – You can still catch these slammin’ beers in the tasting room, in case you missed them or our kickin’ anniversary.

The beer was flowing almost in sync with the live music lineup of the day: AK, The Downs Family, and The Creepy Creeps. Cheese was slathered on innumerable cheesesteaks, courtesy of Franklin’s Cuts. Heaps of pancit and lumpia were doled out by Lady G’s Canteen. And giant Bavarian pretzels and gourmet hot dogs were furnished by Delish Dogs. There wasn’t a frown to be seen.

Patrons ordered our beer by the stein from our main bar and three satellite beer stations around the party. There was the Pat McIlhenney Hazy IPA station (sponsored by Scot Blair) that served Wave of Phase and the You Tacky Thang. Inside our barrel room, adjacent to the foeders and racks of resting barrels, were the timed tappings of our D’Brücke Berliner Weisse. D’Brücke, or “The Bridge,” is the Beard’s way of bridging the gap between our traditional beer lineup and the new and exciting world of wild ales, vis-à-vis our barrel program.

You’re probably wondering if we’ve forgotten the mosh pit. Honestly, we don’t know how anyone could. The Creepy Creeps, our final act on the playbill, brought the house down and into a slam-dancing frenzy near the end of the evening. Beer was most certainly spilt (a small casualty) and the barbaric yawps of Burning Beard fans were heard all the way in the Gaslamp—with songs such as “Drop In,” “Chicken Creep Nasty,” and “Boss Hoss,” how could you blame us? 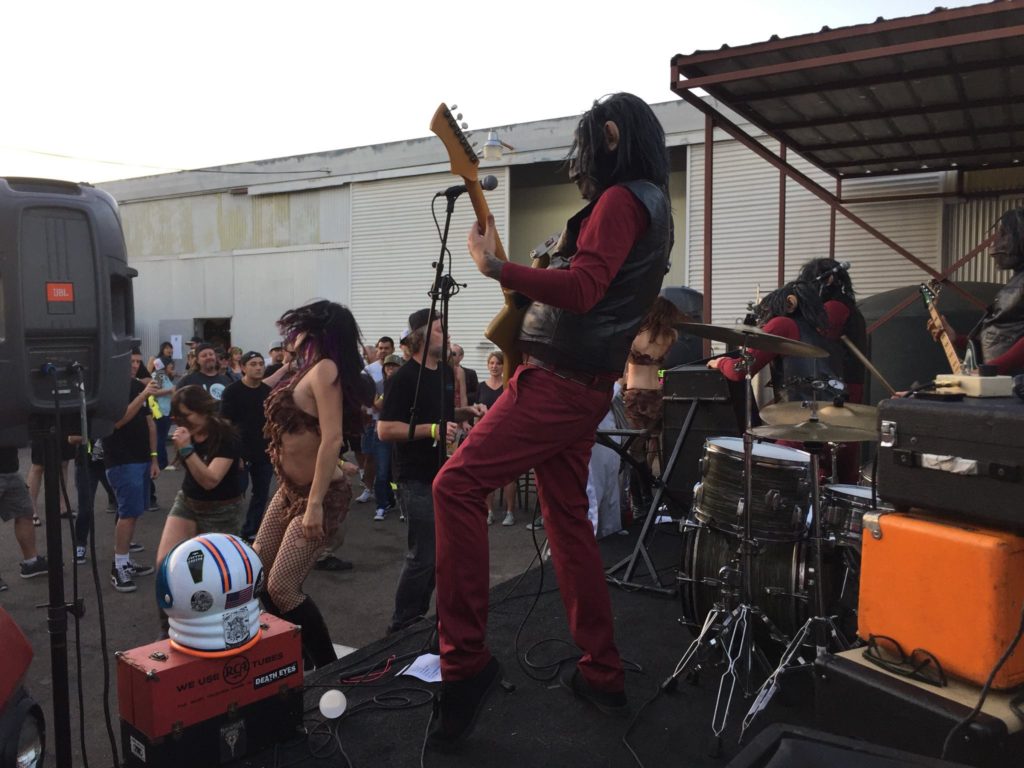 All in all, those of us here at the Beard are so excited to start year two. Thanks again for joining us on our first ever anniversary. We could not have come this far without the patronage of our punk-rock Beard believers. Enjoy the bourbon barrel-aged Panic at the Monastery, and keep your eyes peeled for future Beard tomfoolery.