Beer of the Week: Barrel-Aged Panic at the Monastery

Beer of the Week: Barrel-Aged Panic at the Monastery 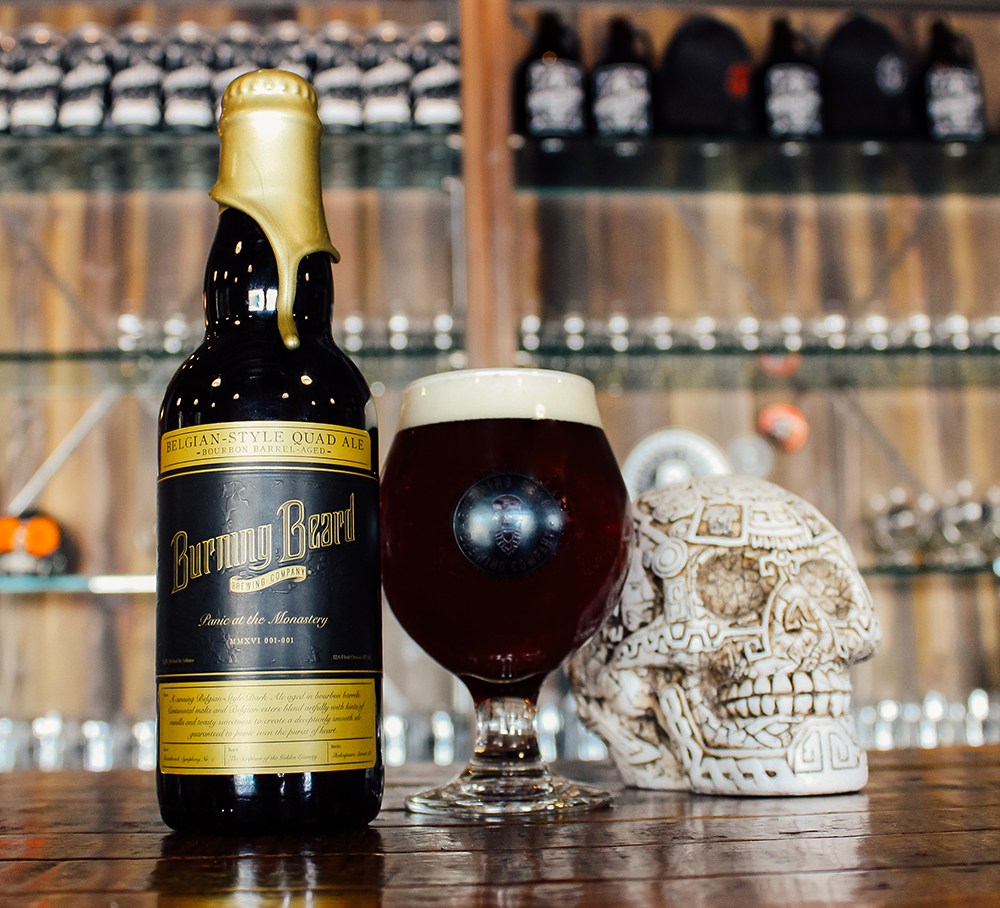 From the Beer Writer: I can be a tough judge of a brewery’s character and wares, but from the first time I visited El Cajon’s Burning Beard Brewing, I’ve been nothing but impressed with their ethos, environs and the liquid fruits of its brew crew’s labor. All of it melds and works together to deliver a concept that, while rather varied, remains easy to fall into, grasp and enjoy. It would seem others agree. In its first year in business, “The Beard” has become the darling of not only beer fans, but members of the local brewing community. This is particularly impressive given its East County location, far from the glitz of North Park and the brewery-dense Beeramar and Hop Highway communities. There are many contributing factors for that, but as it should be, the primary reason for Burning Beard’s popularity is its beers. This weekend’s first-anniversary festivities will feature bottles of one of those ales in oak-matured form: Burning Beard Barrel-Aged Panic at the Monastery. A 12.5% alcohol-by-volume, Belgian-style quad given extra character and booziness after time spent in bourbon whiskey barrels, it will be available to attendees at this sold-out affair. Don’t have tickets? Don’t panic! You still have a chance to get this low-yield, big-flavor rarity. Around 100 bottles will be held back to sell to the general public when The Beard’s doors open on Saturday, April 8.

From the Brewers: “Best served at 53 degrees, this unblended bourbon barrel-aged Belgian dark strong ale layers toasty, caramel and honey notes with the fruit and spice of Belgian yeast. The yeast imparts a subtle earthiness—an almost tobacco-like spice—just beneath hints of fig, dark plum and black currant, while the Woodford Reserve oak barrels elevate the dark-fruit character of the beer, adding a touch of cinnamon, cocoa, vanilla and just a bit of heat.​ It fits into our persona because Panic is dark, mysterious and strong like the Beard, and also because the Belgian quad fills in part of the other side of the beer-spectrum for us. We opened the doors highlighting our Normcore Pilsner and, one year later, we will celebrate by cracking open the beer on the other side of the mirror, Panic at the Monastery.”—Jeff Wiederkehr, Head Brewer & Co-Founder, Burning Beard Brewing Company