Beer of the Week: Holy the Voyd

Beer of the Week: Holy the Voyd 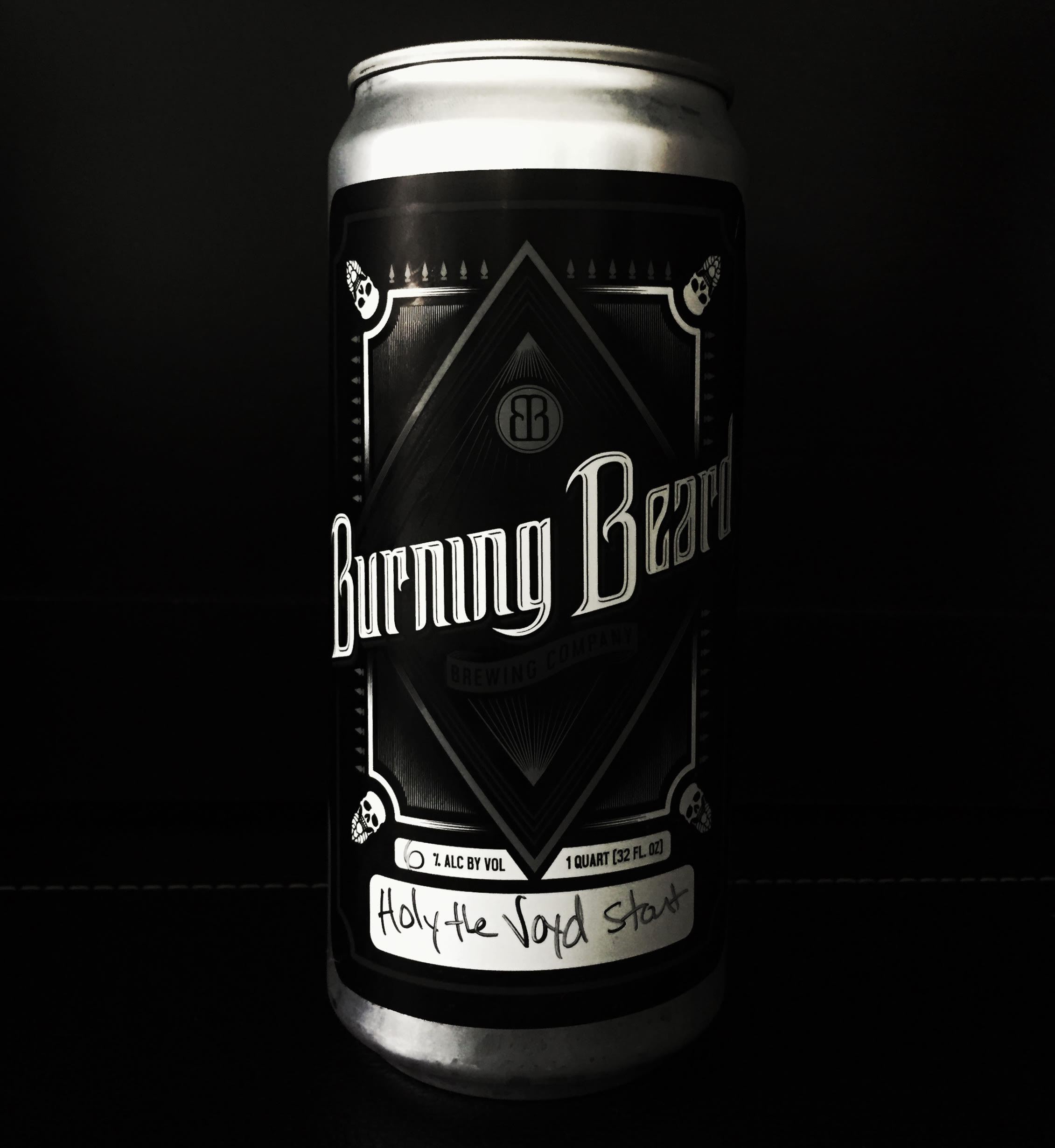 Beer of the Week: Burning Beard Brewing Holy the Voyd
West Coaster, May 13, 2016
By Brandon Hernández

From the Beer Writer: When I visited Burning Beard Brewing Company, I really dug the skulls and punk-rock aesthetic, but you can’t drink logos and hoodies. Fortunately, the beer was good enough that I’d have drunk it even if it had been served in a glass sporting the image of a hipster-version of Smurfette wrapped in a Trump 2016 sash with a thought-bubble proudly proclaiming “#YOLO!” One would have to understand me to grasp the full weight of that statement, but let’s forget about what I don’t like and move on to what I do: Burning Beard Holy the Voyd. This coffee stout smells like walking beyond the counter of an artisan coffee-roaster to where the beans are being browned. The nose is insanely pungent, so be sure to breathe deep when taking a sip to get the most out of the taste-experience. Many local breweries have worked out deals with local java nuts and the bearded ones have hitched their wagon to Dark Horse Coffee Roasters. That’s a fine choice and the quality of their product comes through in spades with this winner of a cold brew.

From the Brewer: “Borne of finely toasted malt, cracked oats, and locally roasted coffee, this chasmic creation blends mankind’s dearest morning and nighttime elixirs to create a beverage that is holier than the sum of its parts. But what of the name, you ask? Originally, this beer was to be named “Holy the Abyss” after a verse from Allen Ginsberg’s seminal work, Howl. Howl is a portrait of the iconic American Beat who harnesses his madness, rides it through the darkest depths of self-reflection, and emerges—almost unwittingly—an artist on the other side. For us, the journey is into the formidable world of small-business ownership and San Diego beer. We’ve only just begun—how, and if, we emerge on the other side remains to be seen. We had even given thought to trademarking the name. But, as anyone who’s dealt with trademarking will tell you, securing names is no easy task, and damn near impossible for cool words like “abyss”. So, rather than throw out the name altogether, we decided to table the trademark idea, have some fun, and look for catchy synonyms that we could use instead: Chasm, Fissure, Rift, Void. Void + Holy. Holy the Voyd! It worked, so we went with it.”—Mike Maass, Co-Founder, Burning Beard Brewing Company