Beer of the Week: Song of Orpheus

Beer of the Week: Song of Orpheus 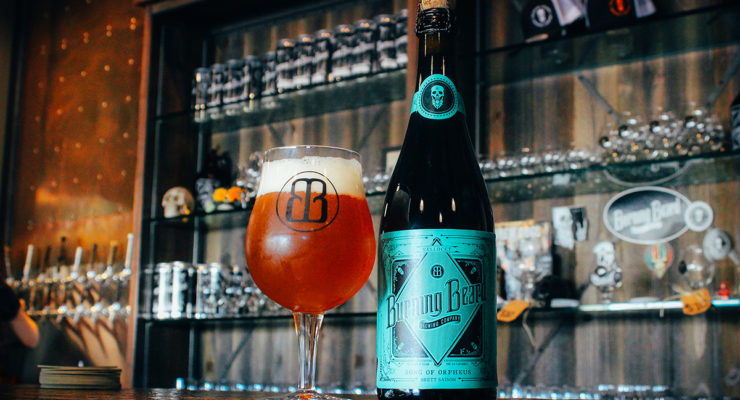 From the Beer Writer: There’s nothing like taking the first sniff of a beer and feeling fairly assured that you are in for a special experience. This recently happened to me when my olfactory receptors took in the essence of fruit and funk off the sturdily-netted, snow-white head of Song of Orpheus. That wild ale, the first in the “Vellocet” series (a reference from the novel A Clockwork Orange) of beers from El Cajon’s Burning Beard Brewing, showed promise from the get-go, offering up varied, exotic aromas of straw, Bartlett pear and lemon thyme. It was an apt introduction to a beer with just as much diversity on the palate. Flavors of honeydew melon, strawberry and Sauvignon Blanc flit in and out against a lingering limestone minerality. The beer is bone-dry, well-suited for prolonged contemplation, and cause for anticipation of future releases from this fledgling series of beers.

From the Brewer: “The first installment in the Beard’s Vellocet series of American wild ales, Song of Orpheus saison is built on a 60/40 base of Pilsner and wheat malts, then aged for 18 months on a blend of traditional farmhouse-ale yeast and our proprietary wild-ale yeast strain, Brulanta Metio. Filled and corked by hand, then allowed to condition right in the bottle, Song of Orpheus is a true testament to Belgian-inspired San Diego craft beer. Song of Orpheus bottles will be available exclusively at the Beard in El Cajon along with a draft version.”—Jeff Wiederkehr, Head Brewer & Co-founder, Burning Beard Brewing