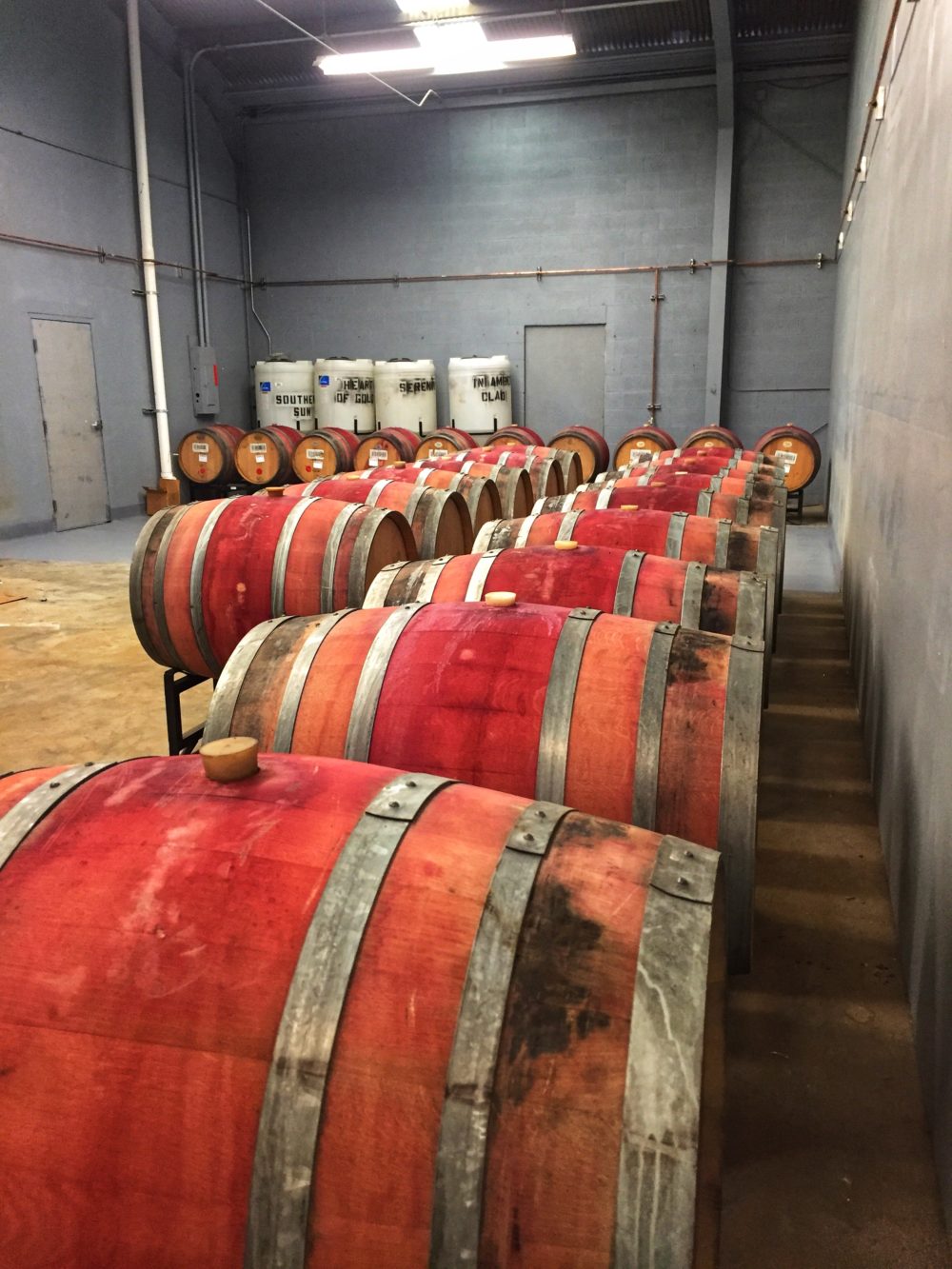 El Cajon’s lone brewery is plenty capable of filling that municipality’s role as lone beer innovator. Burning Beard Brewing (785 Vernon Way, El Cajon) will celebrate its second anniversary on March 31. It’s sure to be a sold-out affair behind a clientele both sizable and loyal. Amidst that revelry, which will take place in the parking lot behind “The Beard’s” facility, fans will be able to spy a piece of the company’s future—a 1,300-square-foot warehouse space that is being converted to house Burning Beard’s wild-ale program.

“The new space will be dedicated solely to the production of wild, Brett(anomyces), and mixed-culture beers,” says co-founder Mike Maass. “The space will feature a copper-lined koelschip for spontaneous fermentation, along with a variety of oak fermentation vessels in various shapes and sizes—red and white wine barrels, foeders and other such cooperage.”

Located directly east of Burning Beard’s brewery, it is completely isolated from that production space to prevent cross-contamination from wild yeast and microorganisms. Build-out is complete for the most part, with electrical, lighting, plumbing, drains and walls taken care of. The company is currently awaiting approval from the California Department of Alcoholic Beverage Control (ABC) to begin producing wild ales.

“We’ll be using the koelschip to produce a Lambic base that we’ll age for a year to blend with the Lambic barrels we’ve had aging for two years now,” says Maass, explaining the longtime Belgian brewing technique of blending three consecutive years’ vintages of Lambic to produce what is called a Gueuze. “We’ll also do a Flanders (-style red ale) base that we’ll age for a year and blend with the Flanders barrels we’ve had going for a year. Additionally, we’ll use the space to experiment with our proprietary in-house yeast strain, Brulanta Metio.”

That yeast strain was propagated over a three-year span by Burning Beard director of brewery operations and head brewer Jeff Wiederkehr in his back yard. “I coolshipped it with a small chunk of wood I found in Belgium, harvested the yeast, coolshipped again…rinse, repeat,” says Wiederkehr. “We tried it, liked it and currently have it in the bank at (local yeast-production company) White Labs.”

Barring any hiccups, Burning Beard is on-track to begin utilizing its new space before summer.