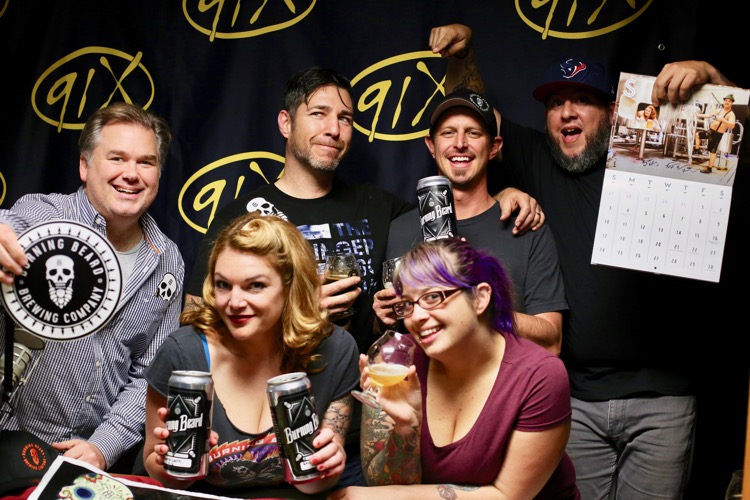 We were without the crushable wit and wisdom of under-the-weather Paul Segura from Karl Strauss Brewing this morning, but we had a full, jolly, coiffable studio nonetheless with the team from Burning Beard Brewing Co., who made their way from El Cajon in the Circle of Hops (put it on the map!) to 91X for this week’s edition of Beer for Breakfast.

Normcore Pilsner
Very unusual for a craft brewer to undertake a pilsner, but consider it done — and delicious.

Circle of Hops Pale Ale
A hoppy American Pale Ale, clocking in at an even five percent ABV.

East County IPA
Get your juicy hop haze on with this limited-edition, nicely-balanced Vermont-style IPA.

Holy the Voyd Coffee Stout
According to Mike in West Coaster, “Originally, this beer was to be named ‘Holy the Abyss’ after a verse from Allen Ginsberg’s seminal work Howl. Howl is a portrait of the iconic American Beat who harnesses his madness, rides it through the darkest depths of self-reflection, and emerges — almost unwittingly — an artist on the other side.”

Dankness Visible IPA
A super hoppy, hop-forward, west coast style IPA. When you think of a dank IPA, this is it. And to boot, this is the beer that in part brought Shannon to work for Burning Beard.