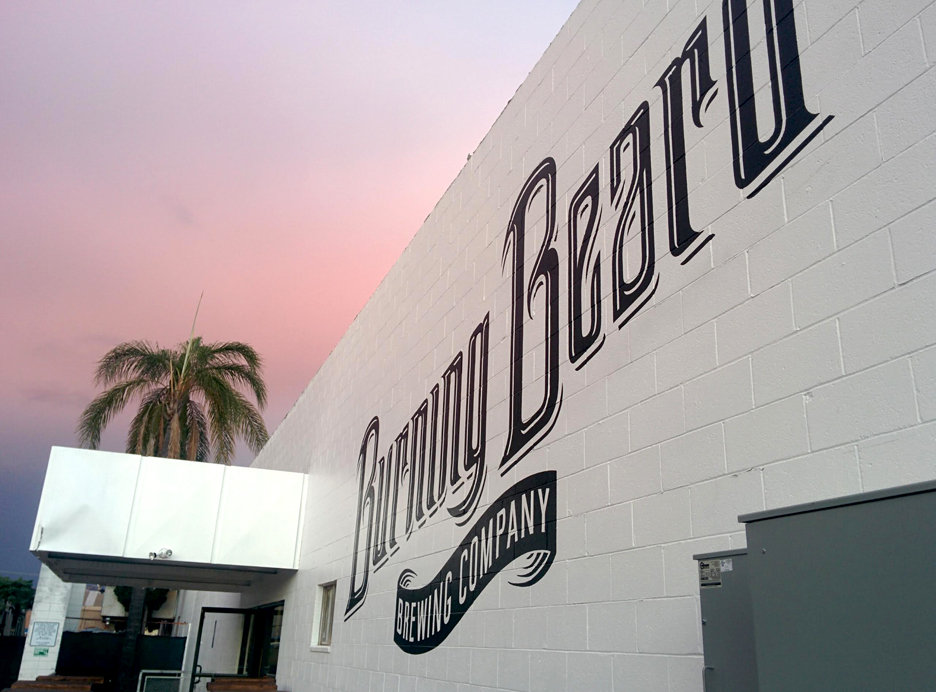 Sun-baked East County is a land of mystery offering more questions than answers. Why do all the pickups look like they have broken rear axles? Why do people drive 15 miles per hour slower on the freeway than the rest of the county? Scholars have debated these and other fine cultural points for generations, so it’s unlikely I will solve them here. But if the question is who will step into the void left after two East County breweries went under this year, there is already an answer. From the ashes rises Burning Beard Brewing (785 Vernon Way).

Without tasting a drop, Burning Beard already had a lot going for it. First, it has “beard” in the name, which I obviously appreciate. Next, when I sat down, owner Jeff Wiederkehr complimented my Bad Religion tattoo, remarking that Suffer was his favorite album. Very cool considering I had not yet introduced myself, and the tattoo is pretty shitty.

Beard wordplay and punk compliments only go so far in this game, but Burning Beard was up to the challenge. The tasting room was not hard to find, its name boldly painted across the building’s façade. The interior had a distinct rockabilly vibe featuring an old school jukebox packed with Wiederkehr’s favorites, from Dead Kennedys to Judas Priest. It was distractingly loud, an effect magnified by the fact it was a weeknight and there were fewer than a dozen patrons inside.

The tap list was standard fare for what is expected in San Diego County. Of the two IPAs, one, called Dankness Visible, was not available. Wiederkehr said it went fast during their soft opening period in March, and that there was more on the way.

The other IPA, Hopmata, was aromatic and clean. Rye the Lightning Pale Ale surprised with its big hop flavor considering it is 4.6 percent ABV. It was more session IPA than pale ale, but completely in line with the new wave of San Diego style pales that have become the standard.

Normcore pils, a Czech pilsner, hit all the right notes of the style. Ingsoc Russian Imperial Stout was full-bodied and chocolaty, but it was the 6 percent ABV Holy the Voyd Stout, brewed with Darkhorse coffee, that really impressed. Both stouts and its Banksy ESB were also available on nitro, for those who are into that sort of thing.

Burning Beard is a well planned and executed operation. From its slick website, featuring an interesting and not-too-pretentious blog, to its quality first run of beers, they are poised for success. But can El Cajon support such an operation? Although East County closed out last year strong with Santee’s BNS Brewing bringing home Great American Beer Festival gold for its Revolver IPA, 2016 has not been so kind. But now, with Burning Beard in their backyards, the loss of El Cajon’s URBN and Santee’s Twisted Manzanita is a bit easier to swallow. As is the beer.