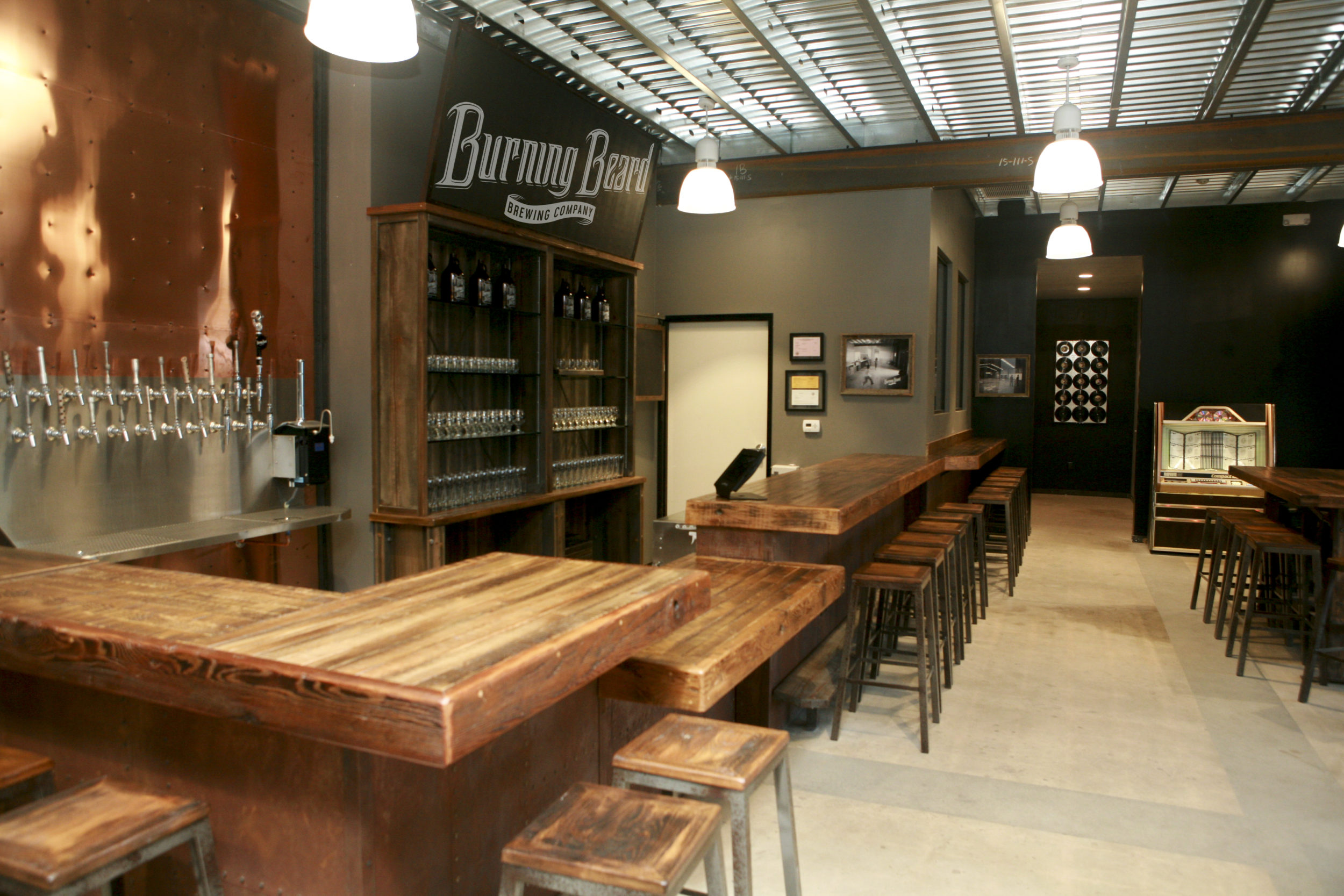 El Cajon’s brewing scene came back to life on February 29, the soft-opening date for Burning Beard Brewing Company. Founded by a pair of homebrewing friends, Burning Beard debuted — as many new breweries do — with a short list of beers. However, a professionally finished tasting room belies its startup status, creating a comfortable and engaging space with a little bit of a rocker’s edge.

The timing couldn’t be better for East County beer drinkers. West Coaster reports that Santee’s Twisted Manzanita shut down beer production only one month after El Cajon’s URBN St. did the same. Meanwhile, the BNS tasting room in Santee is closed for remodel.

Burning Beard founders Mike Maass and Jeff Wiederkehr grew up in the area and take pride in setting up their business in El Cajon. They ran in similar circles at SDSU but took different paths to craft beer — Wiederkehr as a rock musician/English professor/metal-shop manager, Maass as an adventure traveler/editor.

Starting a brewery seemed unlikely to each of them, but as they entered a new phase in their lives, they’d get together with their respective families and bond over homebrewing. As Maass puts it, “That’s where we find a common denominator, on that creative plane.”

Wiederkehr concurs: “As a guy who’s been in a million bands, for me it’s analogous to songwriting.”

They describe trading ideas, revising recipes, week after week, until they think they’ve nailed it — for enough years it became a family affair.

“Our brew days morphed into kids riding scooters up and down the driveway,” laughs Wiederkehr.

When they decided to start a brewery, it was important to them to make the tasting room a place where their family and friends could gather while they brewed, just on a bigger scale. They enlisted a craftsman to build furniture using century-old gold-mine pumps sourced in Julian. They drew upon the noted experience of craft-beer architect Dustin Hauck to convert a large warehouse into efficient separate spaces for the brewhouse, delivery bay, and bar. They also brought in M. David Weeks to help with branding — the skateboard graphic artist has also designed bottle labels for AleSmith and several wine companies.

The result is a space their kids can run around, even as classic rock, punk, and ’90s alternative tracks pump out of a jukebox.

Since both Maass and Wiederkehr will keep their day-jobs, they hired Chris Brown to join their brewing team. Brown had previously worked at nearby Butcher’s Brewing in Santee, but Wiederkehr says they hired him because he was on that same creative plane. Again, he likens it to a band member, sharing musical interests.

“Our beer soundtrack was really similar,” Wiederkehr says. “Knowing that we could speak the same language about beer was important.”

So far they’ve lined up a couple of IPAs and stouts but have a more diverse lineup planned for an April 1st grand opening, with near-term plans for sours and wild ales to follow.