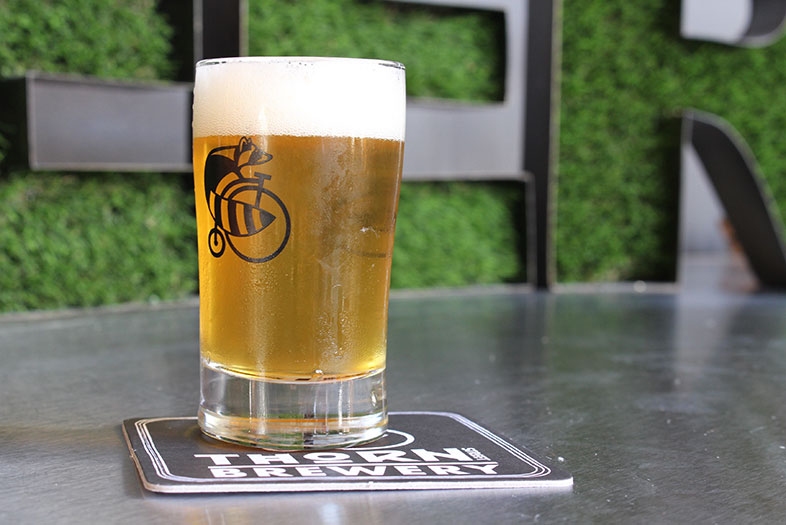 I taste many hundreds of beers in the course of a year. For a beer to truly stand out, it has to be stellar—creative, highly flavorful, different, and expertly made. These brews were particularly memorable for their exceptional quality. I’ve included both widely distributed beers and some that are either limited, seasonal, or elusive one-offs.

AleSmith/Urge collaboration
Served up at the Urge Rancho Bernardo 6th Anniversary event, the richness, balance, body, and awesome bourbon flavors of this beer are hard to forget. Speedway Stout is a great beer on its own, but bourbon-soaked barrels of this quality elevate it to a level of near perfection.

Abnormal
The hazy beer craze has polarized many in the craft community, but this turbid IPA would win anyone over. Big, bright citrus hop aromas jump out of the glass, and the umami-rich mouthfeel delivers the perfect balance of crispness and bitterness.

Pure Project
On a hot day, it provides the perfect mix of honey-like floral aromas and spicy, fruity flavors in a wonderfully crisp and refreshing package.

Mother Earth
You usually have to be in the right mood for a Scotch Ale. But not in this case. This is a luscious, decadent, boozy, full-bodied malt monster that was so tame, so smooth, and so satisfying that you could easily be lulled into drinking it regularly… but, at 11.6 percent ABV, very bad things would definitely happen.

Thorn Street
Nicknamed the “Cannabis IPA” because it contains the same aromatic and flavor compounds found in marijuana, this one will blow your mind. Turns out cannabis terpenes are closely related to hops terpenes, so the use of them in IPA makes a lot of sense.

Cellar 3
A barrel-aged, brettanomyces-infused Belgian trippel x IPA hybrid that was so complex and funky that you almost needed to taste two bottles worth to figure it all out. Aged in French oak, it was one of the most unique and captivating drinks of the year.

Karl Strauss
A tart, crisp, refreshing guava beer with all sorts of lightly funky, lightly sour things going on. Karl Strauss also makes a fig version, which is a bit sweeter, with raisin notes, and every bit as compelling as its guava sibling.

Monkey Paw
Leave it to the twisted but brilliant minds at Monkey Paw to infuse a light, pilsner-style beer with something like rich chocolate truffle. This beer not only worked, it offered rich, opulent aromas and flavors while remaining light, crisp, and refreshing, with just a touch of sweetness on the finish.

Ballast Point
A fairly straightforward double IPA that took me by surprise (I’ve never been a big fan of the Dorado Double IPA). It’s got big, tropical fruit, grapefruit, and pine on the nose with a beautifully creamy mouthfeel that’s balanced by crisp hop bitterness and an ever-so-slight hint of sweetness.