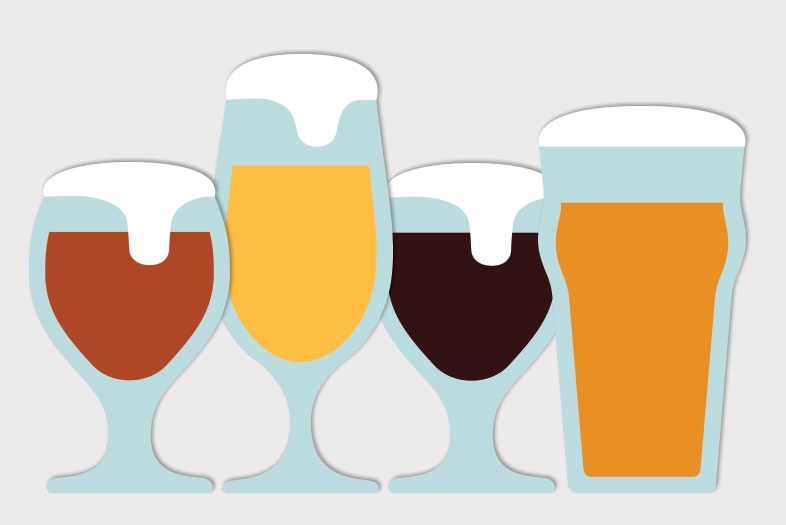 LOST ABBEY
Devil Went Down to Georgia American Strong Ale
Aged in bourbon barrels, this beer is a life-changing experience. Deep, rich flavors of caramel, bourbon, and peach are elevated by Brettanomyces notes and black tea.

KARL STRAUSS
Liquid A/C English-Style Summer Ale
Memorable both for its depth of flavor and its simplicity, this unique summer quaffer lands somewhere between a Mexican lager and a lighter, toastier pale ale.

BURNING BEARD
Apricot and Blackberry D’Brücke Berliner Weisses
The brilliant colors of these two beers are a feast for the eyes, while the fresh fruit flavors, floral aromas, and perfect tartness levels are a treat for the nose and mouth.

SOUTH PARK
Gruit
A rare and ancient style that uses a mixture of herbs instead of hops; a truly memorable beer that expands the palate and blows the mind.

BURGEON
Glazed Imperial Pastry Stout
This chocolatey, roasty, coffee-tinged beer has all the elements you want in a dark, malty brew, with a depth of flavor that makes it taste as if you’re drinking right out of a donut box.

BELCHING BEAVER
Phantom Bride IPA
It’s challenging for an IPA to make you stand up and take notice, but this beer does. Highly tropical on the nose, with juicy, citrusy hop flavors that provide the right bite.

SOCIETE
Highbinder Feral Raspberry Ale
The pungent raspberry aroma and deliciously tart fruit elevate this funky wild ale to a special place. Just the right level of oak and yeastiness, this is a beer for contemplation.

NEW ENGLISH
Barrel-Aged Zumbar Chocolate Coffee Imperial Stout
The regular version of this beer is so good, it’s hard to believe you can make it any better, but putting it in bourbon barrels brings this rich, chocolatey, heady beer to a whole other level.

WILD BARREL
San Diego Vice with Pink Guava Berliner Weisse
Big guava aromas on the nose with the perfect balance of tartness and fruitiness make this beer an all-summer sipper.