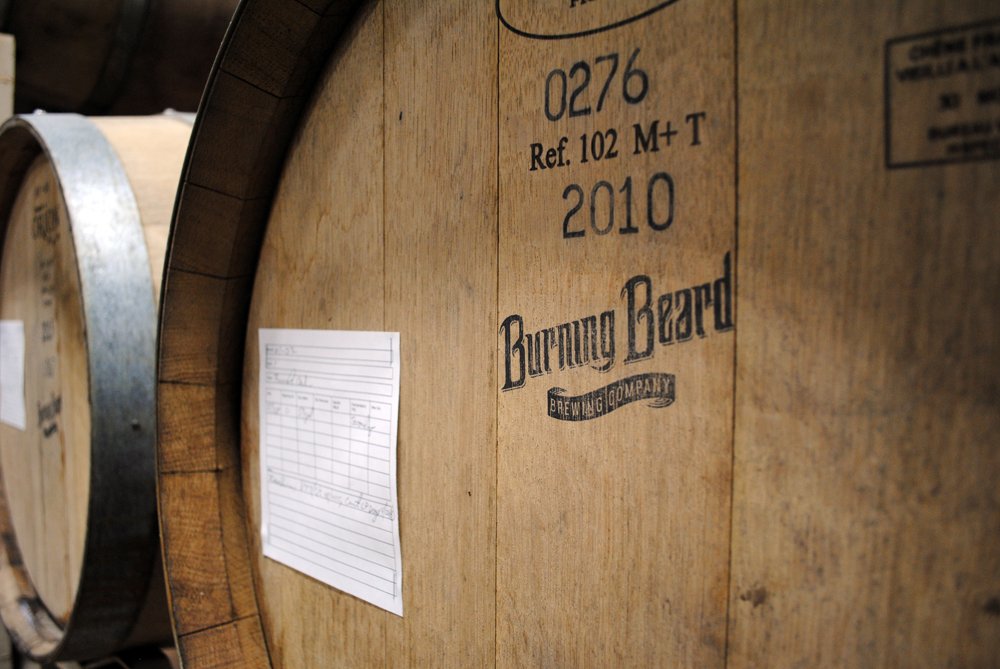 Despite the success, owners Jeff Wiederkehr and Mike Maass show no signs of slowing down. First up is the “Distinguished Delinquents,” which Maass describes as essentially a beer club that will be “limited to 250 members in its inaugural year” and that will bring together beer lovers from all walks of life. The club launches on June 1.

I was also eager to hear about their intentions to open a sour production facility.

“It’s always been our plan since day one,” says Wiederkehr.

The current facility houses 90 wine barrels and two 30 BBL oak foeders (large wooden vessels) designed for aging beer. One was pitched with commercially available Brettanomyces and bacteria, while the other houses a culture harvested from a piece of wood from Belgium.

Ultimately, the new sour facility will integrate the use of a coolship, a traditional Flemish tool that is used in the production of old world sours. It’s a unique vessel that is open, flat and facilitates specific cooling rates to promote a menagerie of wild micro flora growth. Coolships are gaining some traction in the U.S., but it is still rare. Burning Beard joins Beachwood and Phantom Carriage, two other So-Cal breweries that own and operate a coolship.

“We want to express something unique. It needs to be authentic and true to style,” says Wiederkehr, as he flashes me the weather app on his phone. “Because I’m superstitious, I always know what the weather is in Belgium.”

The sour program will be an extension of what the two owners call the “Beard Ethos.” That is, it’s grounded in tradition while still pushing the envelope. Though they hope to have the sour facility operational in the next year, there are no plans to rush anything. I am told that the coolship has been installed and that the space is about 75-percent complete.

As I peppered Wiederkehr with more questions of their sour plans, I discovered that they’ve also been experimenting with East County terroir and already have a proprietary wild yeast known as Brulanta Metio. Esperanto for “burning craft,” it is the house yeast strain for the Beard’s Wild Ale program. The yeast was most recently featured in a mixed-culture saison, Song of Orpheus, which debuted at the brewery’s two-year anniversary party, and was recently made available on draft in the Beard tasting room.

I was lucky enough to taste Song of Orpheus and was pleasantly surprised to find notes of rosewater, jalapeno flesh, strawberries and cream, and hints of vanilla and oak.

“We know we’re aiming high. We’re bound to fuck something up and it will probably be this,” chuckles Wiederkehr.