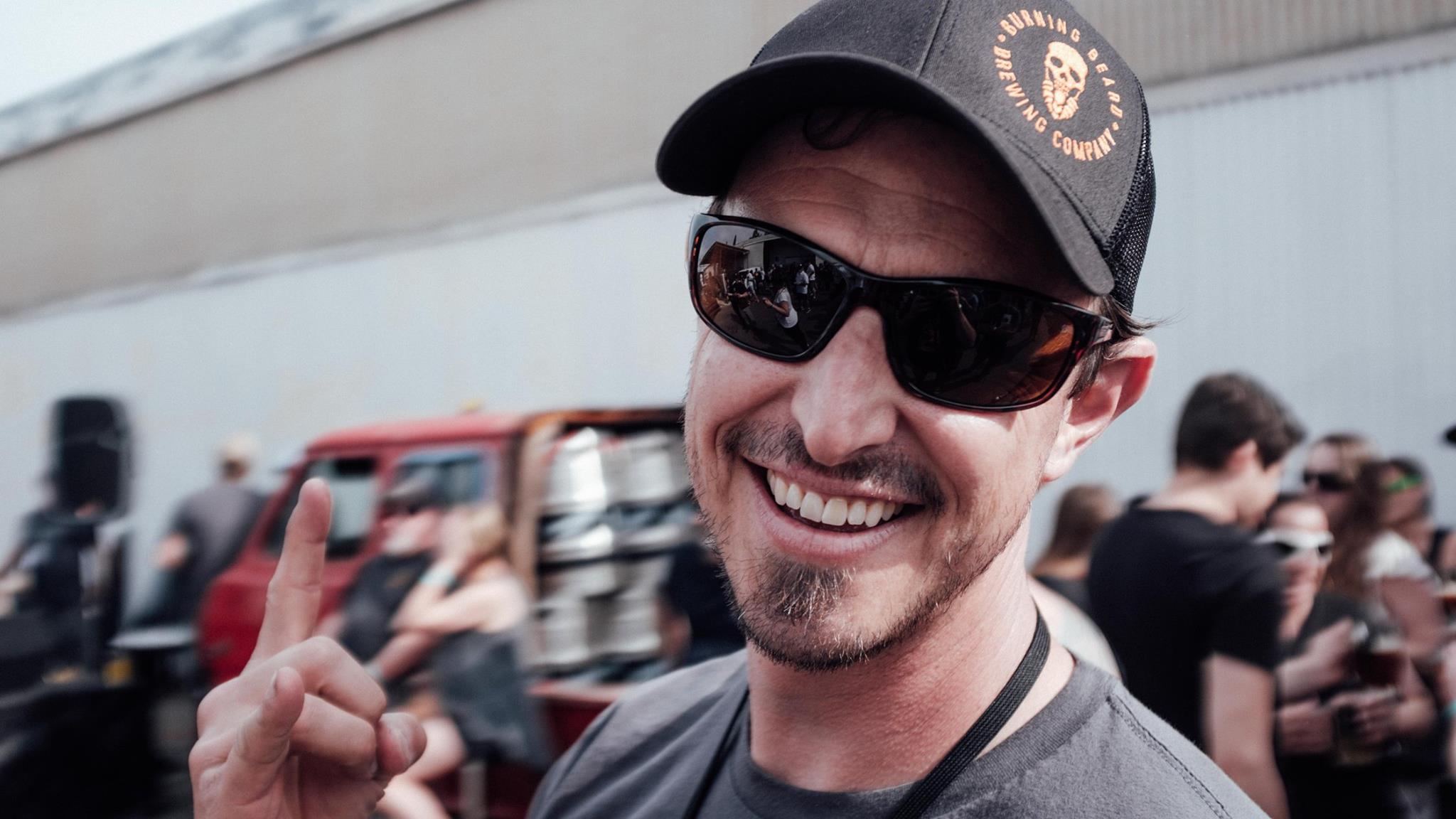 Today we’d like to introduce you to Mike Maass.

Mike, can you briefly walk us through your story – how you started and how you got to where you are today.
I’m the co-founder of Burning Beard Brewing Co. I grew up here in San Diego and went to San Diego State. Jeff (my business partner) also went to State, though we didn’t cross paths until many years later.

We both studied English, which may account for the literary undertones of our beer names and descriptions, and our general orientation toward the fine arts, pop culture, music, and the outdoors. Our indoctrination in the humanities has certainly left its mark and is undoubtedly at the heart of our creative pursuits. We’ve been good friends since 2007, and business partners since 2015.

The story of the Beard begins in 2013. To recount those days of yore, I’ve done what any credentialed writer would do and dusted off something written long ago. It’s from our origin story, featured on our website. It’s probably a bit overdramatic, but I suppose that’s what happens when two dudes with English degrees open a brewery.

Always a distant dream and never imaginable in any real sense, the idea of opening a brewery came one fateful night in the summer of 2013. It was July 14th, and our weekly get-together-for-pints-night was in full swing. Glasses had been filled and refilled. Ales had been enjoyed. And the conversation had ebbed and flowed in waves of exuberance and earnestness.

Like any good conversation does, ours had run the gamut from the ridiculous to the insane and never strayed too far from a just-out-of-reach otherworld of self-evident abstraction. Though we hadn’t realized it at the time, from amidst the craziness and the reverie the Beard had been borne.

Over the next three years, that dream would take shape. We would cut our teeth on a local craft-brewing scene rivaled by few. With a strong bias toward action and an incessant drive to succeed, we would soon find ourselves neck deep in ambition and too far gone to turn back. The rest, as they say, is history.

After sampling nearly every beer on the board that night, and feeling inspired and perhaps a little overconfident, Jeff and I decided to start making our own beer. We jumped right into all-grain brewing and quickly became obsessed with producing as much beer as we possibly could. Jeff showed an innate predisposition for brewing from the very start, and his garage and driveway served as our makeshift production space.

Before long, we were brewing not only for fun but to see if we could do so consistently and with increasing quality. Those early days in the driveway would lay the groundwork for what is now Burning Beard. We opened our doors on Leap Day, 2016.

Overall, has it been relatively smooth? If not, what were some of the struggles along the way?
If what you’re doing is meaningful—and hopefully it is—you’re going to be at the very edge of your creative and intellectual capacity. That alone can be a challenge, especially when it’s unexpected. I certainly wasn’t expecting it. I was totally oblivious to the creative and intellectual ultramarathon that is entrepreneurship. They don’t teach you that in Lit class.

From setting a business plan to conceptualizing a brand to building a team to executing and maintaining a trajectory, there’s always another mile to run. Complicating all of this is the fact that Jeff and I both have day jobs. Our day jobs couldn’t be more different, and yet we find in the business of craft beer a common wellspring of ambition.

The funny thing about running a brewery in San Diego is that it’s so many different kinds of businesses in one. Before we opened our doors, it hadn’t occurred to me how many sides there are to this coin.

First, it’s a manufacturing business. We’re licensed as a ‘Small Beer Manufacturer,’ and the making of beer is priority number one for us. It’s also a PR and marketing enterprise. That is, with 200+ breweries and tasting rooms in this town, you’ve gotta differentiate not only in your beer but also in your brand. It’s a service and hospitality business, assuming you have a tasting room. It’s a retail business if you sell merchandise. It’s an event planning business if you’re playing the event game. If you self-distribute your beer, like we do, it’s a logistics and delivery business. And so on.

Please tell us about Burning Beard Brewing.
We’re a small craft brewery in El Cajon, in San Diego’s east county. We brew a variety of styles, from lagers, saisons, and wheat beers, to stouts, pale ales, and hazy & west coast IPAs. We also brew a variety of seasonal beers, including a Shakespeare-inspired series of Belgian beers, and an Oktoberfest-inspired series of German lagers. Most recently, we’ve expanded our production facility to include a wild-ale cellar and koelschip (a Belgian-style open-fermentation vessel), where we produce and package spontaneously fermented American wild ales.

Because we’re a small shop with limited resources, we all wear a lot of hats, each with our own area of expertise. In addition to the daily business of running a brewery, as Brand & Marketing Director, my job is to make sure we’re telling a consistent and engaging story. That includes everything from our visual identity to the words we put on our cans and bottles. It also includes our entire digital footprint, from our social media presence to our website. I’m the brand police for the Beard.

To that end, one of the first things we did, even before we submitted plans to the City, was build a brand persona. Our brand persona’s name is Punkspeare™. Imagine Bill Shakespeare with a mohawk – that’s Burning Beard. From our personality to our voice to the way we engage with customers and employees, the brand persona is the foundation of who we are as a company.

The actual brand persona document is a nine-page treatise that describes in excruciating detail the deepest, darkest details of the Burning Beard psyche. If there’s ever a question about how we’re doing something or how we’re representing the brand, Punkspeare serves as an objective third-party adjudicator to keep us on track.  We use it to screen applicants, onboard new employees, provoke new thinking, and benchmark new ideas. It’s kinda like gospel around here.

We also have four key tenets that drive what we do:
-Live creatively.
-Love your neighbor.
-Go big and do it right.
-Spare no expense for great beer.

Like Punkspeare, these tenets have been around since our inception and are part of the fabric of our culture. And the really cool thing—which I’m especially proud of as a business owner—is that we’re actually living and exemplifying our ethos. We’ve won multiple awards, both for our beer quality and customer service, which is like winning the lottery for me — big ups to the Beardfolk for making it happen.

If you had to go back in time and start over, would you have done anything differently?
I think I’ve blocked all of the ugliest and most embarrassing mistakes out of my memory.

When you’re in startup mode, you’re moving fast and making a thousand decisions a day. They can’t all be right. It’s exhausting and uncomfortable at times, but the stumbles and missteps are absolutely necessary to learn where the boundaries are and what you’re capable of accomplishing.

I guess the key is how you set your course and how you adapt along the way to stay on track. I think we’ve done pretty well in that regard. We’re constantly refining our processes and looking for more efficient ways to do things, striving to achieve peak Punkspeare. Despite the hiccups, we’re pretty happy with the way things have gone. 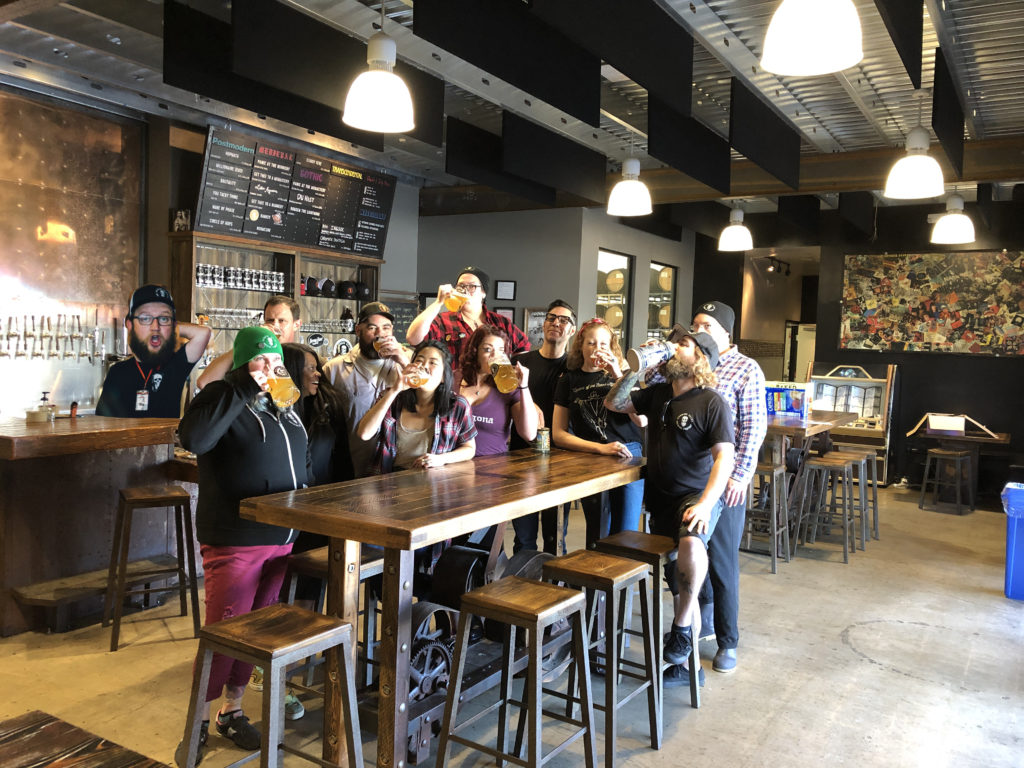 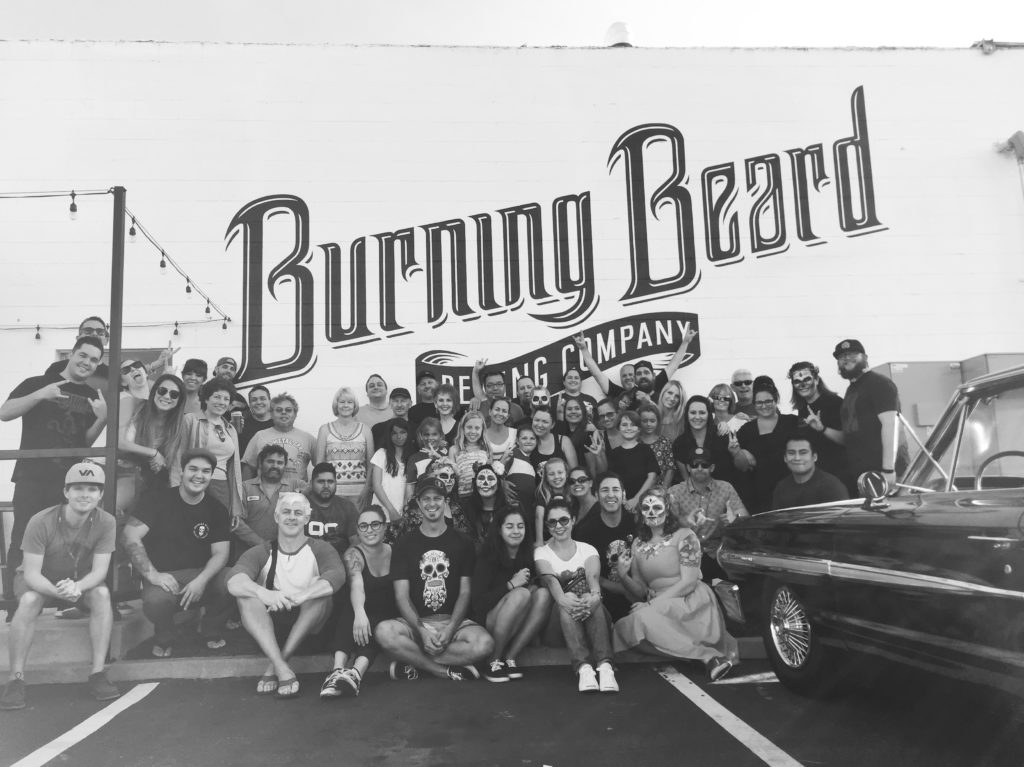 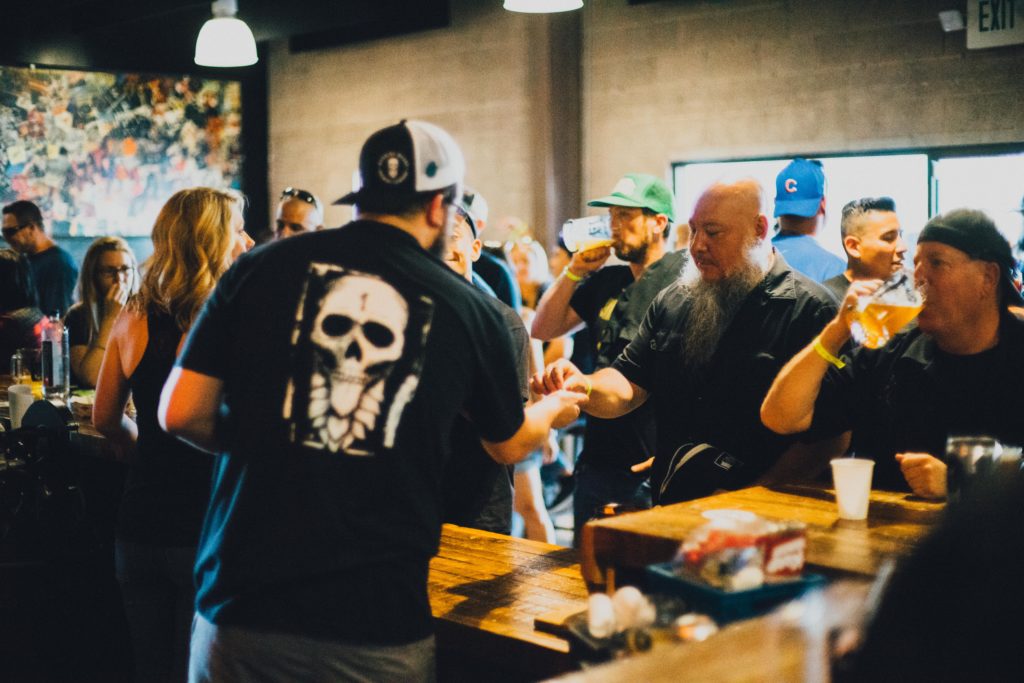 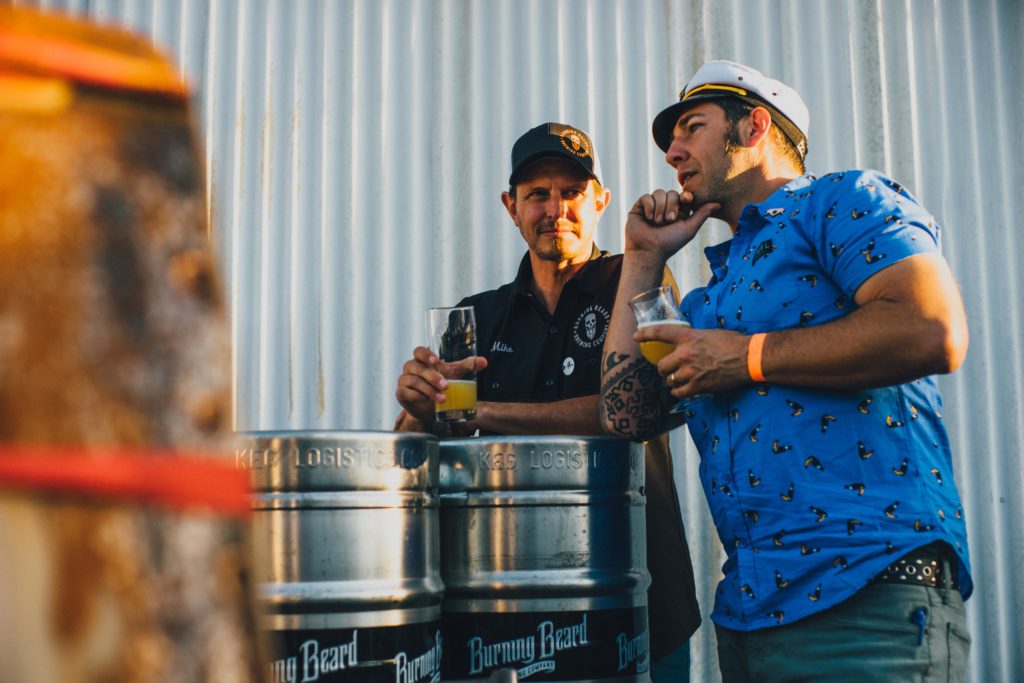 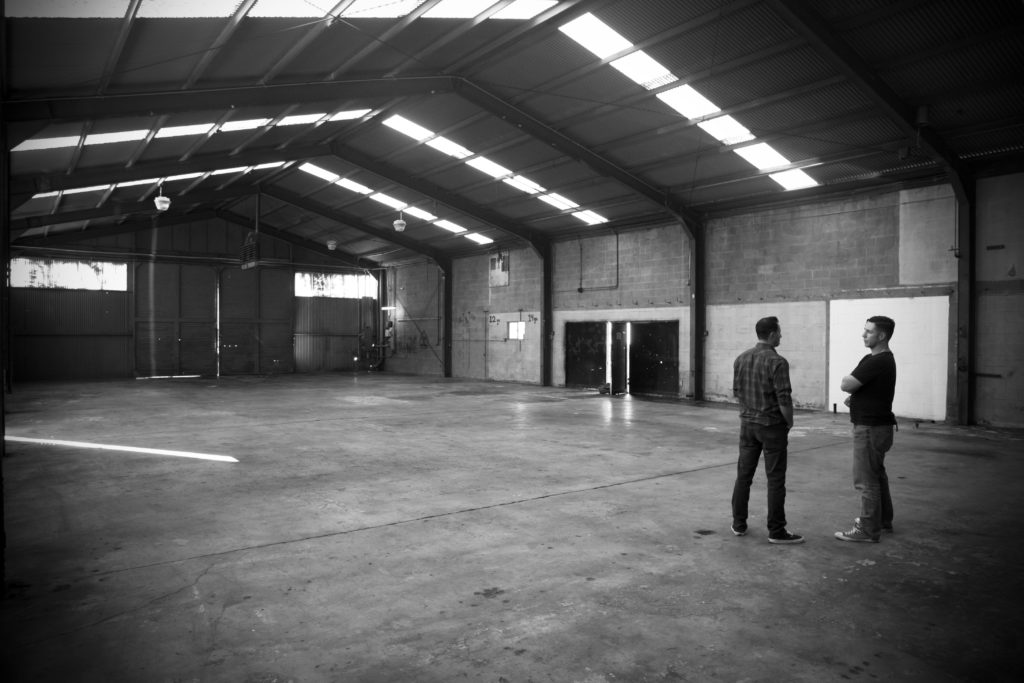 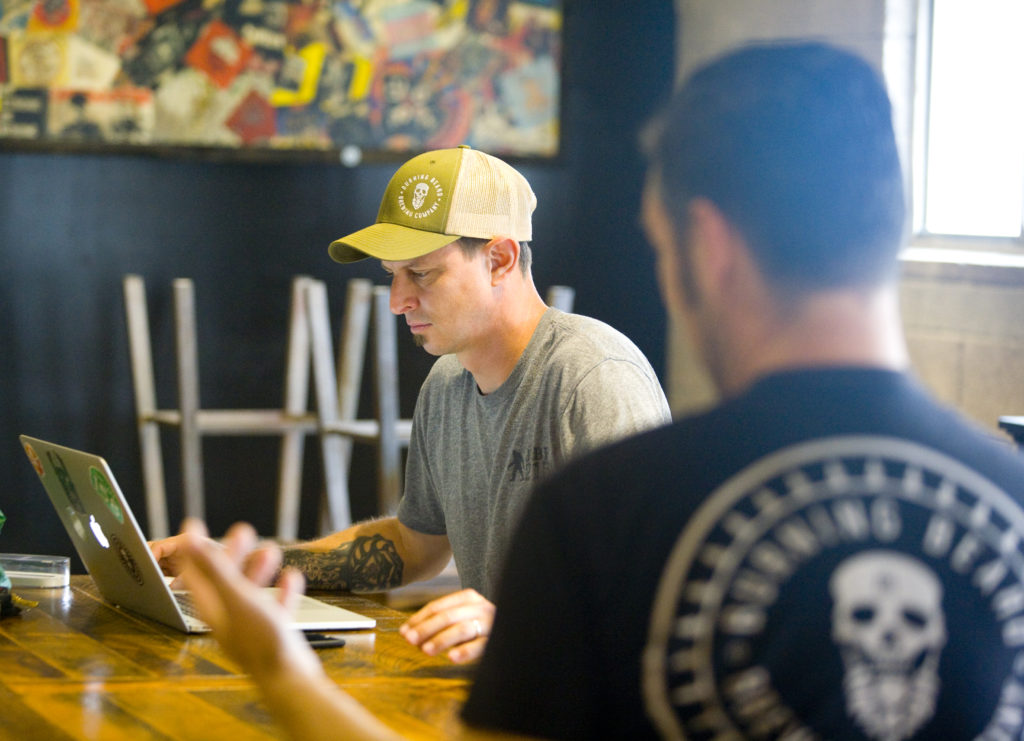