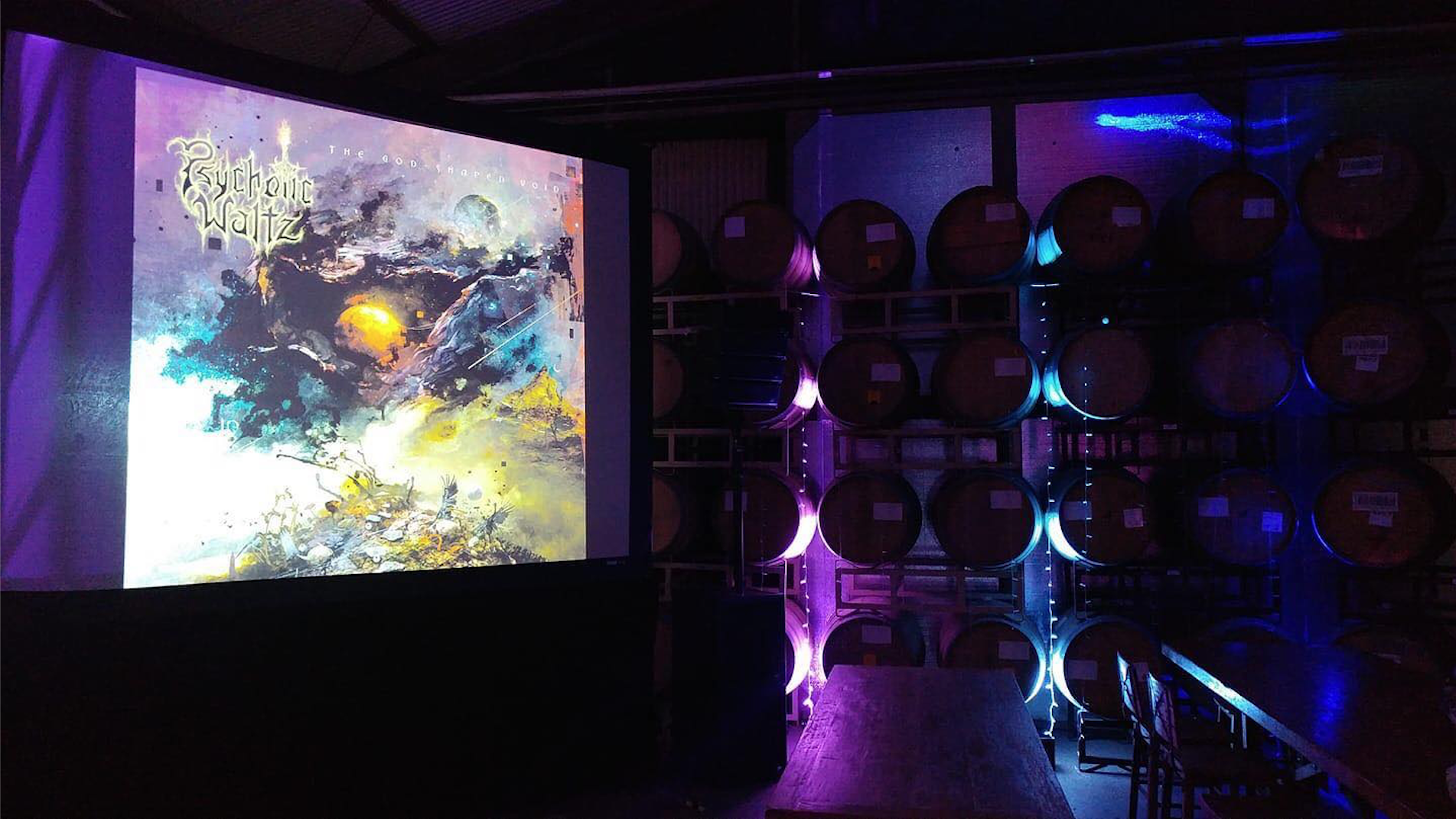 “The band was over, obituary written, done,” says Psychotic Waltz bassist Ward Evans. “It stayed that way from 1997 to 2008 or so. There was minimal contact between any of us during that time. Everyone had moved on to live their lives. So, about 11 of those 20 years were spent with our families and careers. In 2008, I made contact with Brian [McAlpin] again, and we started talking about new music…once we got Norm [Leggio] involved and got Devon [Graves] on board too, it started to become more of a real reunion thing. Dan [Rock] came around to the idea around 2010, and from that point we worked on new music together when we weren’t rehearsing for European shows.” It’s now been 23 years since their last studio album.

Psychotic Waltz made their initial mark in 1990 with an independently financed progressive metal full-length, A Social Grace, which was released in Europe and was named Album of the Month in several European magazines, but it took some time before their home country caught on. “With our band,” says Evans, “the main problem was that we signed with German labels who had a good outreach and distribution in Europe, but who had zero U.S. distribution. So we remained relative unknowns here while doing very well in Europe.”

The group enjoyed an overseas run that included several albums and headline tours before splitting in 1997, with drummer Norm Leggio running an El Cajon record store for several years. “Blue Meannie was a huge part of my life even before I even worked there. I was just a customer, I bought my first record there. That influence was sacred, and in turn I got to do the same, working there right out of high school, and eventually becoming the owner. So when we’re on tour, I often hang out at our merch booth, and I feel right back at home.”

Once reunited, the band commenced a series of European tours and a box set collection was released. A March 20, 2011 performance at 013 in Tilburg, The Netherlands during the Power Of Metal European tour and a July 15 set from the same year at the Zwarte Cross (Black Cross) festival in Lichtenvoorde, Holland can be seen on YouTube.

Last year found them playing the European edition of September’s ProgPower festival and several October club dates in Germany, where they’re nearly as big as David Hasselhoff. However, with singer Devon Graves having relocated to Austria in the late ’90s, new material proved elusive, at least until the band signed to InsideOutMusic, soon to release their first new album in 23 years, The God-Shaped Void.

“He has a great home recording studio there, where he recorded his parts for the new record,” says Evans. “Sure, the new album possibly would have been completed faster if we were all together, but maybe not? There are things we could have sorted out in five minutes together in the room that maybe took weeks of emails to figure out what we were going to do, but it’s hard enough to get the four of us together with our own schedules here as it is…the physical miles apart would definitely have been more of a factor in the old days. It would have just been impossible then to do anything with our singer gone in another country.”

Evans says the recording process was both new and familiar. “The technology has come a long way, but we still do many things the old way too. We tracked bass and drums together at the same time so we could have more of a real live feel to everything. Not everyone does that anymore. We rehearse. A lot. And then we try to catch the recording we all felt the best about, rather than edit it to death.”

According to Leggio, “We did the bass, drums and guitars at Rarefield Studios in North Park with Ulrich Wild engineering and Josh Mallit was the assistant engineer, he’s Rarefied’s house guy. Ulrich has worked with Pantera, Deftones, Stabbing Westward, and Static X. Some guitars were also done at Dan and Brian’s little home studio they call Rock & Roll Studios. Then it was mixed by Jens Bogren in Sweden, who has worked with Opeth, Mastodon, Dimmu Borgir and Sepultura. Truly an international record, but we’re all extremely happy with the results.” 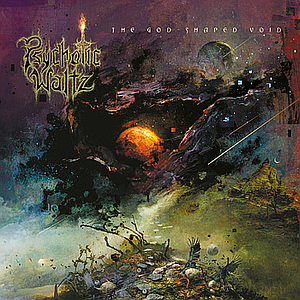 The cover artwork was created by their longtime visual contributor. “Travis Smith was working with us on art for the new record for probably the last two or three years, listening to the demos of the songs as we finished them,” says Evans. “We pretty much let him do his thing with this new album artwork. He would send us ideas and we would give back a few notes like too dark, or whatever. Trav did a killer job. We’re lucky to have known him for so long, and he still lives close to us, so it was easy to drop by with new versions of the album demos as it went. Trav may design some stuff for our live shows too, but we have not gotten to that stuff yet.”

The God-Shaped Void is so far preceded by a single for “Devils and Angels” and a video for “All the Bad Men.” On Thursday, February 13, the day before its release, the band will host a listening party at Burning Beard Brewing, where vinyl and CD copies will be available. “We’ll have raffle tickets for album giveaways, some really good beers, and a taco truck,” says Evans. “The four San Diego guys will be there: myself, Norm, Dan, and Brian. No Devon, but I think he’s going to send us a video of him saying something about the album.”

“We haven’t played a show here since the 90s, before we broke up, so we’re hoping that some people come out for this.”