Que Terroir, Terroir
A Walk on the Wild Side in El Cajon
West Coaster
April 2019
By Ian Cheesman

While beer has existed in one form or another for thousands of years, the science behind fermentation somehow eluded mankind for the vast majority of it. Most regarded it as a miracle from God, a blessing to His true believers. There’s no question that beer borders on the divine, but we now know that explanation to be insufficient. The truth is that God has a serious grudge against water and straight up smites it with infection wherever and whenever He can. Nobody knows why. Regardless, courtesy of His oddly limited understanding of biochemistry, humanity eventually discovered yeast and set it to work.

Of course, fermentation wasn’t always about asserting control. Long before White Labs harvested the first crop from their Yeast Vial Bush (I’m a little shaky on the science myself), our interaction with the microbe was far more casual. We would leave mounds of wet grain laying about, like you do, and airborne yeast would happen upon it. I guess you could say it was a… breezy relationship. #UnrepentantDadJoke

As anyone who has posted a Casual Encounters ad on Craigslist can attest to, this sort of arrangement has the potential for both sublime and horrifying outcomes. Wild yeast are notorious for summoning polarizing flavors and aromas, and inconsistently so at that. That’s part of its raw beauty. Wild fermentation is not some milquetoast, mortgage-paying stiff – it is liquid punk rock. So it should come as no surprise to those that know them that it is the next frontier for Burning Beard Brewing Company.

The idea of starting a wild fermentation program long preceded the brick and mortar of the brewery itself. Per Jeff Wiederkehr, he and Co-Founder Mike Maass were toying with “the silly romantic notion of developing a sort of San Diego terroir” as early as 2012. Terroir, a term typically affixed to the world of wine, is a nod to the distinct environmental factors that contribute to characteristics resident in the grapes. It is often applied in a deterministic fashion (e.g. soil type X + climate type Y = grape type Z), but the “terroir” Wiederkehr references represents more than an equation. It is an open embrace of an unaccountable and largely imperceptible blend of San Diegan microbes in banking they’ll deliver the goods. It’s Burning Beard Brewing Company’s way of saying, “Brettanomyces, take the wheel!” 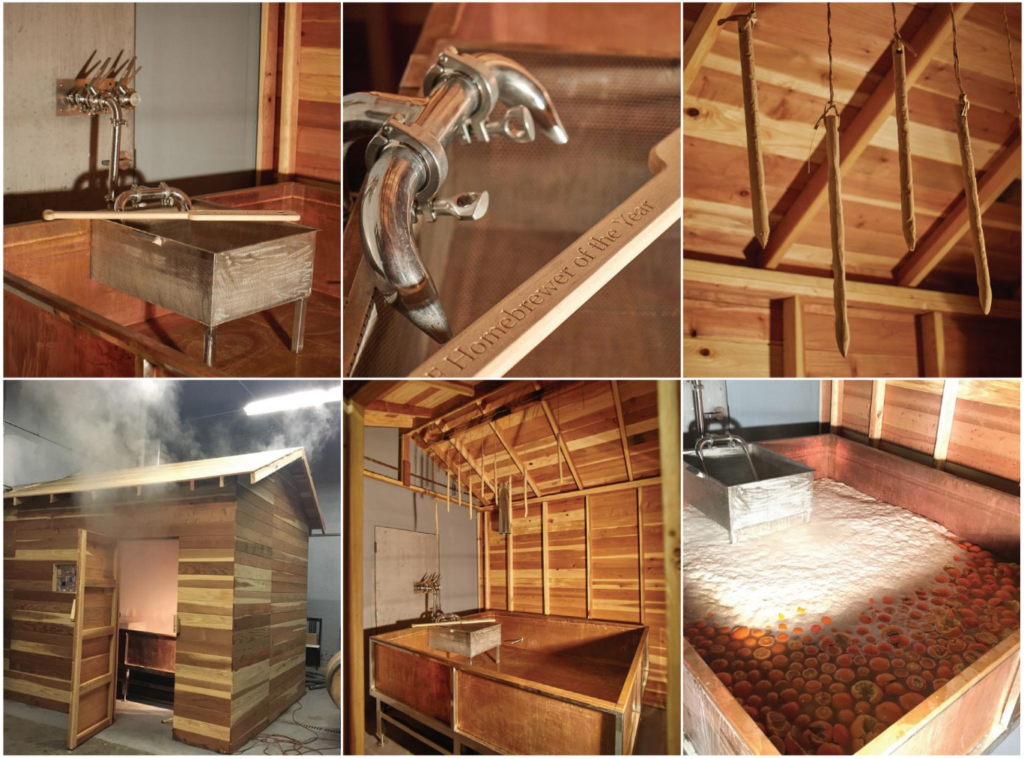 Of course, trust is better earned than granted. The proof of concept for this program arose through open fermentation experiments in Wiederkehr’s own backyard. The pleasing citrus-like notes and light acidity those brews produced was not only deemed worthy of ushering the endeavor onward, but became the foundation for their first house strain, Brulanta Metio.

Dipping a toe into the spontaneous fermentation waters is certainly interesting, but hardly unprecedented. The real ambition of this project becomes evident when viewing Burning Beard Brewing Company’s brand spanking new koelschip. For those of you that dozed through your high school Flemish lessons, a koelschip (henceforth known by the Anglicized version “coolship”) is a broad vessel into which wort is exposed to open air and left to koel down. Its open top grants access to any microfauna loitering about and invites them to feast on sugar water. This offer is all too seductive for notorious freeloaders like yeast. They settle in and their particular take on fermentation begins.

While the coolship may be eager to embrace a more motley fermentation scene, it’s imperative that their other fermenters don’t follow suit. Core beers prefer their neighborhood to be nice and gentrified. Accordingly, the coolship is housed in an adjacent facility to the main brewing space. And since it doesn’t have ready access to the eaves and slats that have been wrangling microorganisms from the Senne valley for hundreds of years, the San Diego terroir needs to be cultivated a bit differently.

The coolship itself is more directly enclosed in a specially prepared shack. Its interior is lined with cedar that’s been “painted” with the aforementioned backyard culture. It’s a way of ensuring that Brulanta Metio has an invitation to the party, since Wiederkehr has no intention that it will be hosting the soiree. “The only yeast that we throw directly at the wort is done so by a positive pressure fan that pulls in the night air,” he said.

While the copper tub and wooden walls honor traditional open fermentation practices, there is still some innovation afoot. Staged directly above the tub are a series of dangling wooden dowels. Each has been bludgeoned to weather its exterior, whittled to a stubby point, and soaked in the house strain. As the steam rises from the coolship to meet them again and again they’ll both invite new yeast to take residence in its tiny nooks as well as provide a drippy delivery system for the same back into the wort. And if the whole wild fermentation thing never takes off, they can always be repurposed as the world’s stankiest wind chimes.

In the near term (“near” being relative to the lackadaisical pace at which wild microorganisms tend to work through fermentation), consumers will be able to experience fruited and unfruited exports from the foeder exposed to the backyard yeast in late 2019 into 2020. Following that, there are three recent coolship batches placed in various barrels, each to be released when they have reached their fullest potential. Ultimately, Wiederkehr foresees a program akin to those one would encounter in Brussels itself. “[We’re] applying our local terrior to the template of traditional wild ale styles, like Lambic, Gueuze, and even a Flanders Red,” he said.

Ever since San Diego rose to prominence as a craft brew mecca, the San Diego style has been defined by an unusual concentration of brewing talent and a penchant for amplifying the flavor profile of already hoppy brews. But when you get down to it, all of that is mechanistic; those brewers could move elsewhere, and those hops/malts are largely imported anyways. Nothing specifically roots any of it to our home. In that sense, the coolship program represents the truest measure of our innate worth as a beer capital, because it reflects precisely how this city actually tastes. San Diego, for the sake of Burning Beard Brewing and our collective reputation, I sure hope we’re delicious.