SD Reader: Roll Out The Barrels

SD Reader: Roll Out The Barrels 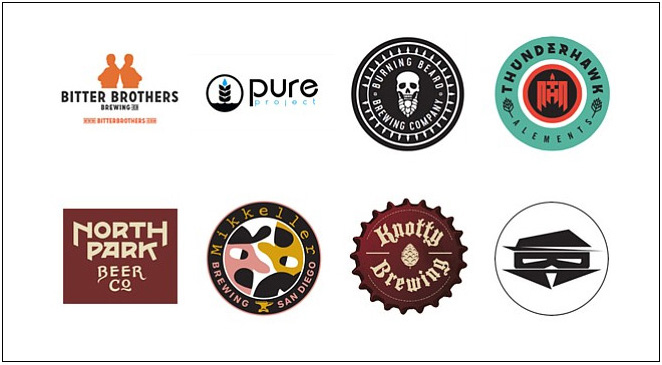 Roll out the barrels
Rapid pace of new brewery openings to continue in 2016
San Diego Reader, Dec 27, 2015
By Ian Anderson

The year 2015 has seen more than 20 new breweries open in San Diego. While it seems unlikely they’ll crop up at such an unprecedented rate in 2016, these 8 new breweries plan to open during the first half of the year, so we won’t be far off pace.

Pure Project target date: January 15th, Miramar. San Diegans Jess and Agi Pine tried starting a craft brewery in Costa Rica with friend Mat Robar, but when the infrastructure couldn’t match their environmentalist intentions, they decided to pursue their vision in Miramar. They hired NoCal brewer Winslow Sawyer to operate a seven-barrel brewhouse with a mission to source sustainable ingredients whenever possible.

Thunderhawk Alements target date: mid February, Miramar. Jonathan Barbarin and Bill Lindsay have 14 years of homebrewing experience between them. Lindsay will head up the one-barrel electric system at the eastern end of Miramar. The duo hopes to power their brewhouse with solar energy and promise “bold, adventurous beers” incorporating both local and exotic ingredients.

Mikkeller San Diego target date: first quarter 2016, Miramar. No fixed date has been set for Mikkeller to formally open at AleSmith’s former 30-barrel brewhouse and tasting room, but it’s expected by the end of March. What styles of beer gypsy brewer Mikkel Borg Bjergsø plans to start with is anybody’s guess.

Knotty Brewing target date: spring 2016, East Village. Ken Lovi will expand his Knotty Barrel bar and restaurant with a five-barrel brewhouse with help from cicerone, sommelier, and restaurant manager Rich Haley. No head brewer has been named yet, but Lovi expects beers to be “simple, sessionable, and drinkable,” using hops and other ingredients grown on his farm in Bonsall.

Vigilante Brewing target date: late spring 2016, Del Mar. Being the first to open a brewery in Del Mar, chef and homebrewer Charles Koll says getting his brewpub online by spring will depend on how the city responds to his efforts. The 15-barrel system will produce four core beers that are “creative and flavorful without sacrificing drinkability,” along with seasonal collaborations.