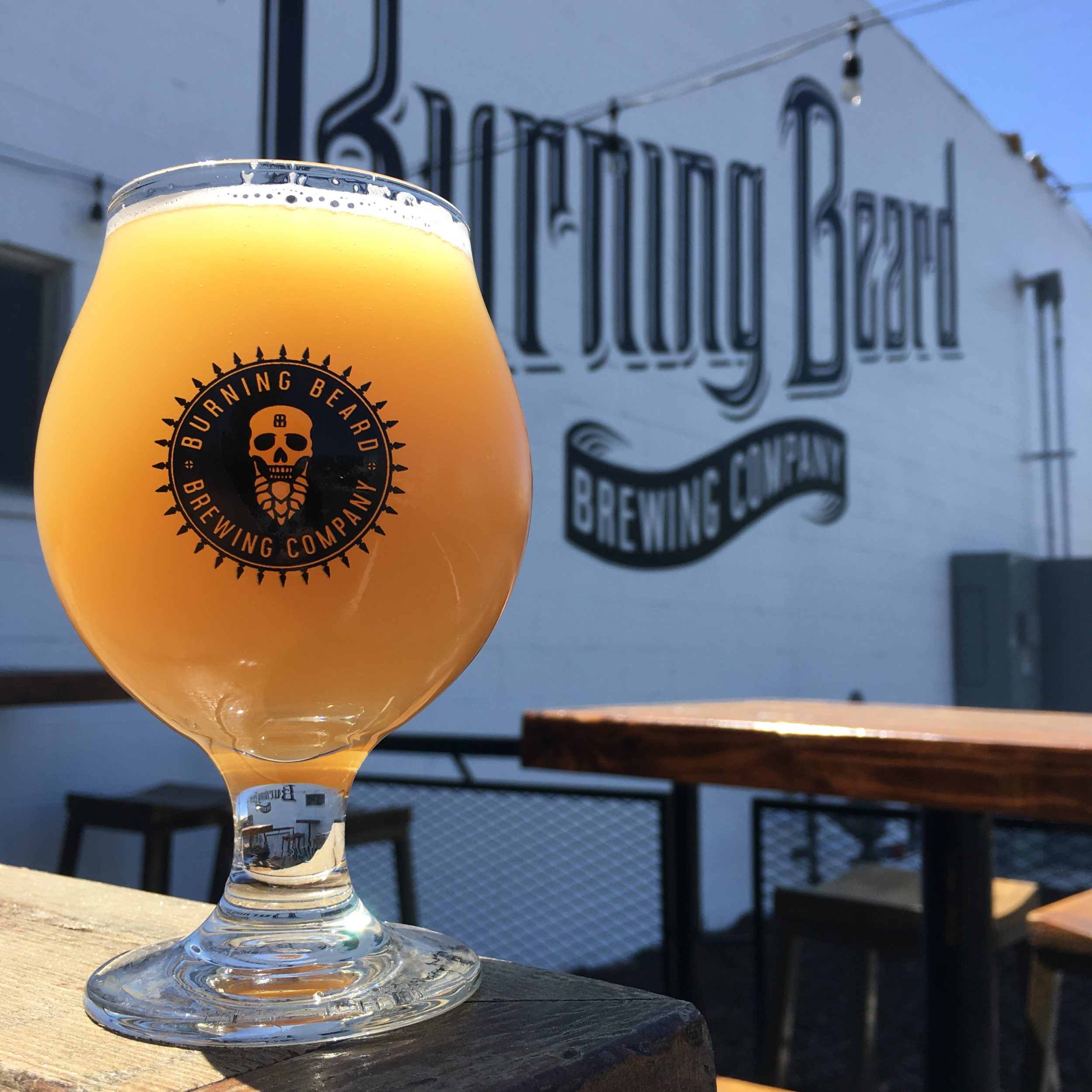 Thinking about the Hazy IPA and really trying to work it out as a lover of San Diego, San Diego beer, and beer tradition. What is it about this new spin on the IPA that is so polarizing? Eventually, these thoughts on the Hazy IPA brought me to music. There are so many correlations that range from the creative process, to the groupies, and even the simple core ingredients for recipes and song writing. Like beer, rock ‘n roll does not require many ingredients. Essentially: Three chords for a verse. Three chords for the chorus. Maybe repeat. If one is clever, there may be a two or three chord bridge in there and maybe that bridge would appear just before a guitar solo or a moody break, and then it would return to the chorus. The End.

Rock ‘n roll certainly is not High Math, but the endless combinations and variations of the simple ingredients that have been created by AC/DC and the Ramones alone is mind-boggling. How do they do so much with so little?

We all do the same with beer. Look at category 21 in the 2015 BJCP Style Guide to see a similar beer trend: A bunch of sub-styles and a million recipes. Consider the simplicity of song structure and then ask: How do bands like AC/DC or the Ramones go about writing a song? Or better, how do we learn to write a song or build a recipe? In either case, the answer is the same. It starts with inspiration brought on by a myriad of both conscious and unconscious influences.

I have written a ton of songs in my day, inspired by almost every artist found in the Beard jukebox (almost everything because the Venn diagram of Jeff and Mike musical taste does not overlap 100%). Sometimes I wasn’t good enough to play the music of those I aspired to. And sometimes, though not so often, I was “better than them” and I’d “fix” a song. Really, back in those days, I just did not understand that sometimes the bass player is holding down a single note because that is what the song needs (I am sure you can name a few beers born of this type of hubris). And sometimes my innate sense of personal rhythm would change the feel or the mood of a song, even though I had someone else’s song right in front of me. My personal mood and rhythm—sort of like my local ingredients—prevented me from being someone else.

One classic musical example of this phenomenon is that of U2 and The Clash (but feel free to think White Stripes borrowing from Delta Blues, or Nirvana borrowing from the Pixies, or the Ramones borrowing from Buddy Holly). U2 wanted to be the Clash and, bringing it back to beer for just a moment, most breweries that have made an IPA within the last <insert a long period of time here> have wanted to emulate breweries like Alpine Beer Co. for example. But with U2, the interesting thing for me is their unique makeup of personalities and combination of limitations, and ironically even their strengths, that made them fall short of actually writing Clash songs. In the end, no matter how hard they tried, all U2 could ever be is U2.

Extend this analogy to Alpine’s Nelson for example, or any of Alpine’s IPA’s for that matter. We can all know what’s in the beers. But take that beer, that song, and put it in someone else’s hands. Often it is forgettable, or worse. However, sometimes it becomes something unexpected: good, memorable, or (whether conscious or unconscious) a new twist to an old favorite. 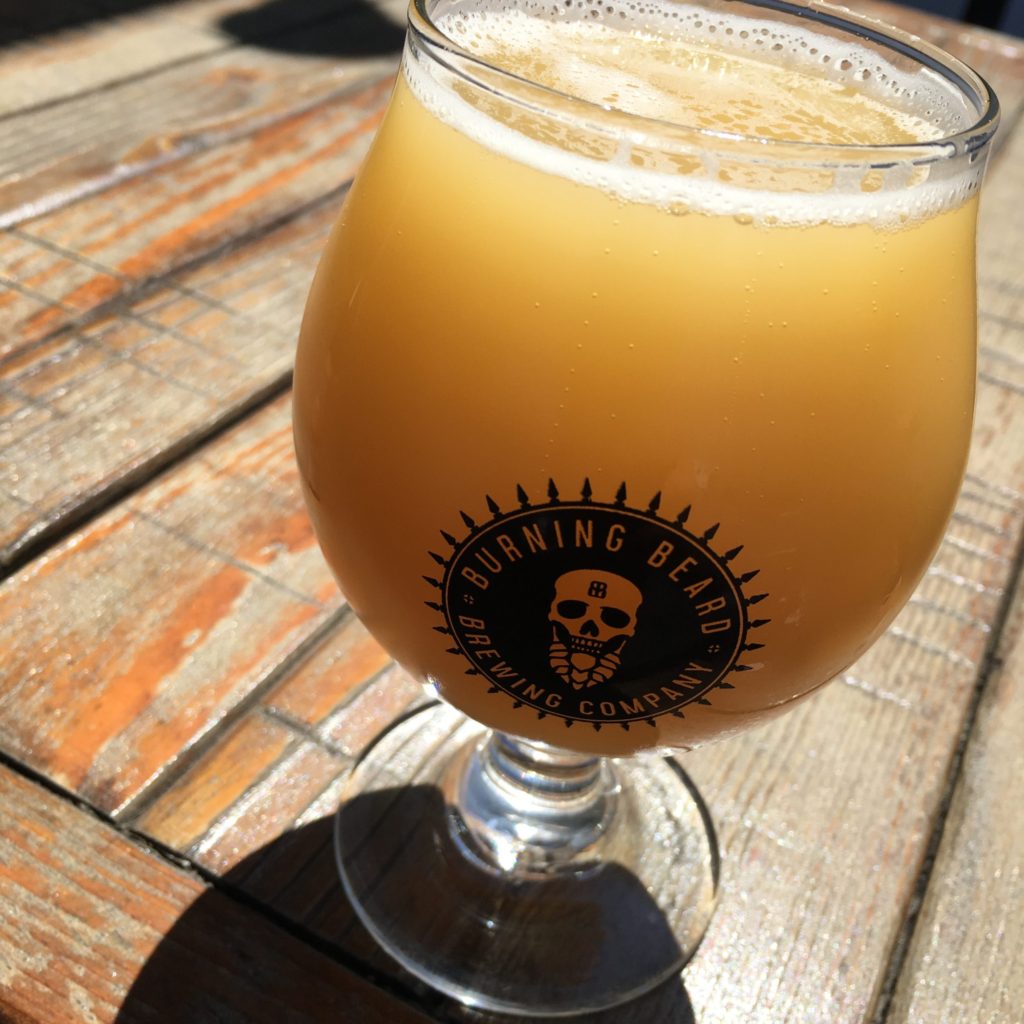 In my mind, this is how we got Heady Topper, a beer I contend was deeply inspired by Nelson. Heady Topper is made with the same simple components, but with different techniques. It’s mouthfeel and perceived bitterness both play into giving us a different experience with the aromatics. This is U2 trying to be The Clash.  Heady Topper trying to be Nelson. Year Zero for the Hazy IPA.

I know that purists are inclined to shun the style, but that is what purists do. They hold on to traditions.  I respect that perspective. I too love tradition. I even agree with much of the criticism. Sure, some breweries it seems are jumping on this style to cash in. And sure, some are doing it without doing their homework and they don’t quite seem to understand that there shouldn’t be any yeast, nor hops in suspension. But, shunning this sub-style because of a few poorly made beers is like claiming that rock ‘n roll is bad after seeing a horrible local rock show. We are smart enough to know that rock ‘n roll isn’t bad, but sometimes rock ‘n roll bands are, right? Often, these bands just aren’t around long enough to learn how to master the insanely complex job of wielding their simple three chord ingredients. But sometimes they get it. And when they do, both in music and in beer, often they tap into my second favorite thing about tradition: It is fun to turn tradition on its head. The result of the best of these beer-making blasphemers, in an era where everyone thinks we have already done everything, is both creative and innovative. Moreover, at base, it just tastes good, and that, for us at the Beard, is exciting.  Actually, it is inspiring. So much so, that we are proud to say that we have created a few of these Frankenstein, McIlhenney-inspired, West Coast hazy-abominations with crazy mouthfeel and a multidimensional aromatic experience.

No, we aren’t making “lazy” IPAs. We are applying science and technique to achieve a different flavor experience. And we aren’t making N.E. IPAs (think about it, do New Englanders say “give me a San Diego IPA” when they order Duet? No they don’t [now I am being a purist]), we are making IPAs that happen to be hazy as a result of the unique combination of process, ingredients, and timetable, the result of which is a beer that takes a long time to clarify. (Note: you will find neither yeast, nor hops in suspension in our hazy beers.) And yes, the beer would eventually clear up. Gravity always wins.

In conclusion, I suggest a group re-think on Hazy IPAs. Let’s think of rock ‘n roll before the purist in us shuns the Hazy craze. To certain people, AC/DC, the Ramones, and even early-era Beatles (my favorite era) exemplify low quality noise, lacking both production value and creativity. For me, these bands are the Hazy IPAs of rock ‘n roll – Ugly, but glorious – infinitely more complex than most know, but certainly not for everyone. Then again, neither are clear IPAs (maybe post-Sgt. Peppers Beatles of beer?). To claim that Hazy IPAs are an abomination that we should seek to destroy “through better practices” is a purist mantra that I believe will leave a lot of beer brewers and drinkers alike sounding silly. I mean, you are just setting yourself up to be the stereotypical Old Man that shook his fist at Jerry Lee Lewis and cried “This isn’t REAL music!”

Jeff’s article garnered so much local attention that the folks at West Coaster asked if they could run the piece in the May issue of the magazine.

We, of course, said SURE!