Tales of a Ladybeard: Stina O’Grady

Tales of a Ladybeard: Stina O’Grady 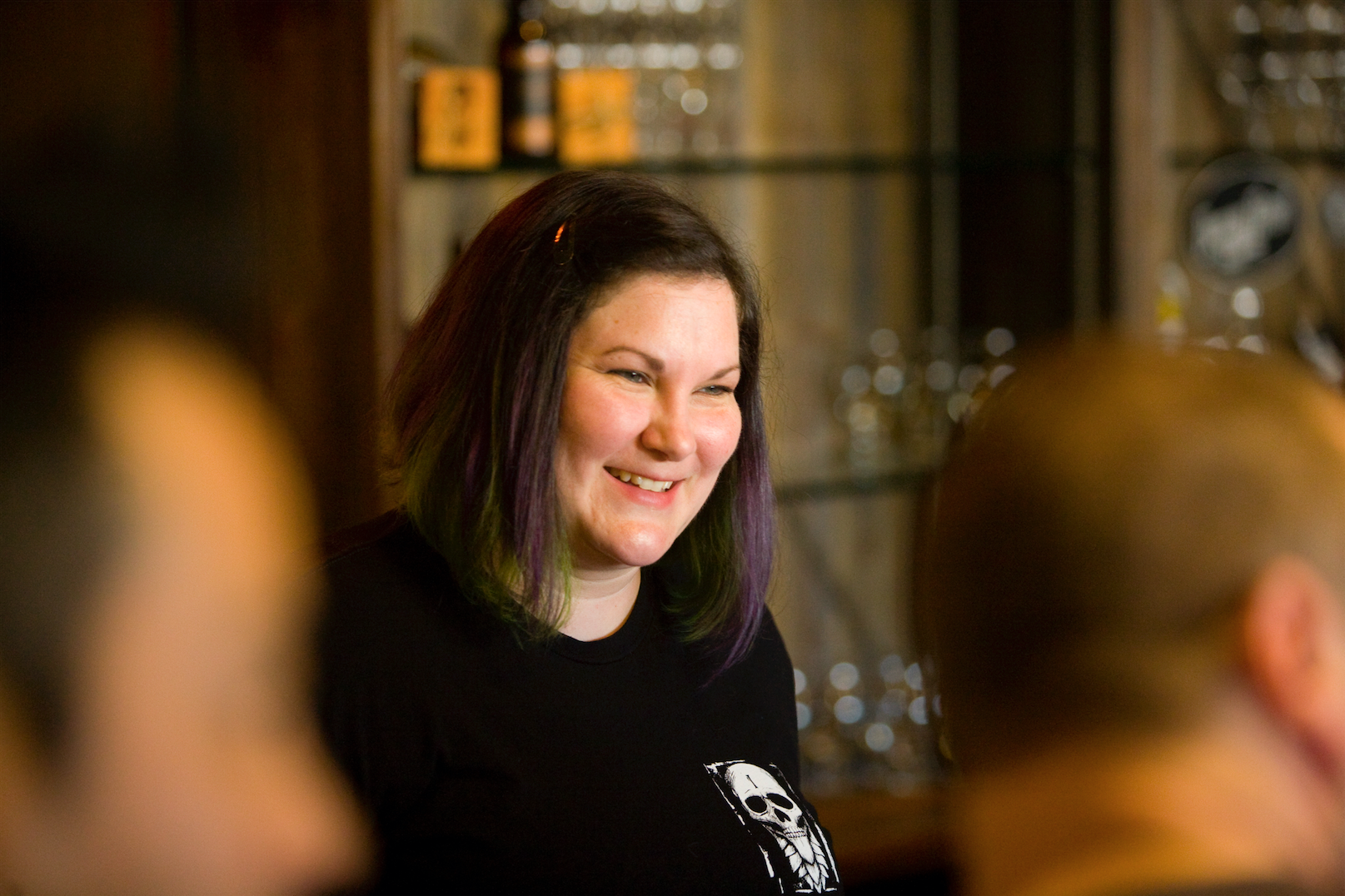 I’VE never worked in a brewhouse, but I know a little bit about what it takes to work in one. (Clean, pour some grain, clean, open a valve, clean, stir the mash, clean, and so on.)

But before I spoke to Stina O’Grady — I’d call her Christina, but no one else seems to — I had absolutely no idea what her title of Draught System Tech at Burning Beard Brewing meant. Turns out, it means she’s kind of a wizard.

There are a million things that can screw up a perfectly good beer between keg and glass. Mineral buildup, mold, weird yeast… it seriously might be an actual million. Her job is to make sure every single one of those potential disasters doesn’t happen.

“[My job] is basically making sure that the draft system is working optimally: that it’s balanced, it’s clean, it’s pouring beer properly, all the beer tastes how it’s supposed to taste,” explains O’Grady. “Every two weeks I come in and clean the lines, then the alternate week when I’m not cleaning lines, I take apart all the faucets and clean those and make sure everything is functioning properly.”

It’s a seriously underrated position, without the fame of a brewer or pizzazz of a beertender. But she doesn’t mind the back-of-house lifestyle.

“I never had any idea that I’d be interested in draught systems until I took Michael Peacock’s class at SDSU. I’ve been leaning towards doing more things like that.”

At a brewery Burning Beard’s size, escaping the front-of-house entirely is pretty much impossible. O’Grady also works as a beertender and maintains the keg, glassware, and merch inventories. But the often meticulous nature of keeping the sacred draught system in perfect order appeals to her technical sensibilities. After all, she worked for nearly a decade as a medical researcher before making the move into craft beer three and a half years ago.

“Originally, I was going to try to see if there was some way to take the science and put it towards beer,” she explains as she sips a Normcore pilsner. She stumbled upon the Business of Craft Beer program at SDSU and thought “that would be cool, but how would I apply any of this to any of that?”

She didn’t figure it out. But she enrolled anyway and her passion for craft beer ignited.

“I didn’t really know what I was getting into,” she laughs. “I didn’t know a lot about craft beer. I just drank Guinness and Newcastle all the time.”

Her first gig in San Diego beer was as a beertender at Intergalactic Brewing Company. It was there where she first got a taste of draught system maintenance, ultimately becoming the tasting room manager. But after two years, rumors of Intergalactic’s demise got a little more real, and O’Grady pulled what she calls her “Hail Mary” by cold-sending her resume to Shannon Lynette, Burning Beard’s tasting room manager.

“A month and a half later I got a phone call from her saying, ‘hey, do you still want to work here?’”

Since then, she’s enjoyed what she describes as “more focus on beer education” in the craft beer industry.

Burning Beard is specifically known for emphasizing customer education, an initiative spearheaded by Lynette. O’Grady lists her as one of her role models in the industry, along with people like SDSU instructors Michael Peacock, George Thornton, and Jake Nunes.

But even with a support system like that, she’s (rightfully) a little nervous about the future.

“It’s been kind of scary lately because of the recent closures that came out of seemingly nowhere. I just hope that neighborhood breweries like this one are able to continue to thrive and bring in locals,” citing the increased priority of geographic proximity for craft beer consumers.

But overall, O’Grady’s pretty confident in the future of #SDbeer. “I feel as long as the industry remains as collaborative and friendly as it has been — which is the main reason I wanted to get into it in the first place — we’ll be okay.”