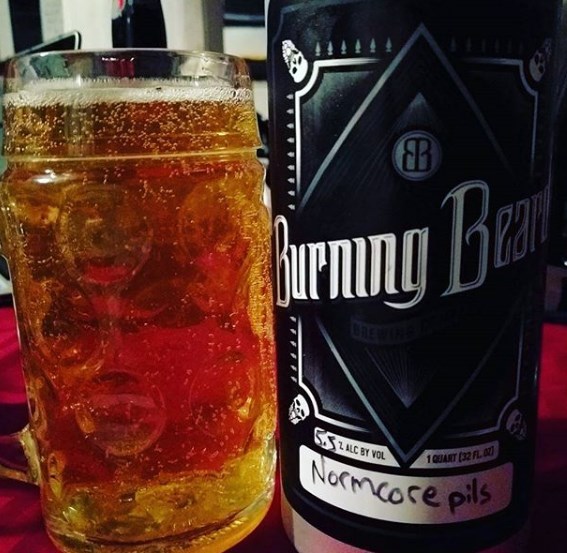 A lot of people first become interested in craft beer when they taste an IPA and fall for the bitter punch or the pine resin but many brewers and beer drinkers eventually learn to appreciate the delicate flavors of a well-crafted lager, usually in the German or Czech style. There are many types of lagers in all ranges including the higher alcohol baltic porter, a strong dark beer brewed with lager yeast. For purposes of this article, I will focus on lower alcohol versions of the style and breweries in San Diego where you can consistently find an excellent version of that style.

1. Societe Brewing Company – Societe is one of the first San Diego breweries where I encountered an excellent lager. They often have two or three variations of the style on tap at once, including single-hopped versions to showcase a hop or more classic varieties. Around Oktoberfest, starting in September, they put on some delightfully authentic versions of the festbeer and kellerbier.

2. Fall Brewing Company – Fall has been delivering six-packs of their delightful pilsners for some time with Plenty for All first followed by the Rise Up Czech style Pilsner. Both are excellent and always refreshing examples of the style. I’m hooked on Rise Up and the lovely wildflower honey flavor I get from it.

3. Burning Beard – Burning Beard’s Normcore Pilsner has been named best beer in San Diego in 2016 as voted by readers of The West Coaster. Then for 2017 it was named best lager in San Diego from the same readers. This beer has quite a following just as the Beard has its loyal fans. Though not brewed in as large quantities as others this is always a reliable choice when you are craving a good lager.

4. Alesmith – Alesmith didn’t always have lagers on tap but then recently they released both the Sublime Mexican style lager and the delicious Spezial Pils, a German style lager. Both are excellent though I prefer Spezial when I am craving something classic. This is now available year-round in cans.

5. Pizza Port – Though not a brewery generally associated with lighter beers, I was really blown away by the quality of the Festbier that Pizza Port released in 2017 as a limited release through their tasting rooms. I was craving more once I finished that six-pack. They also brew a number of one-off beers throughout the year.

6. ChuckAlek Brewing – Chuckalek is the only brewery I know of in San Diego that lets you order a full liter of their German styles at their tasting room, usually limited to the altbier and helles German style lager. Though I usually end up ordering their delightful ESB, ChuckAlek makes a consistently delicious helles lager and altbier, a malty traditional German style.

7. Eppig Brewing – Eppig has a regular pilsner and schwartzbier (dark lager) on rotation along with a Japanese style dry rice lager. I was most impressed by the schwartz, which to me is one of the best examples of the style I have had in California and most authentic to the traditional style. Eppig displays their commitment to this classic style in their choice to open a large beer hall on the waterfront recently.

8. Stone Brewing – Stone brews their year-round lager called “Who You Callin’ Wussie” but they have also released some delightful small-batch lagers throughout the years. More recently I was quite impressed by their Kolsch, an ale brewed with lager yeast. Though not technically a lager, the Kolsch would satisfy most people’s craving for the style.

9. Gordon Biersch – Gordon Biersch is often overlooked as a big brewery that happens to have a location in San Diego but their head brewer is the local guru when it comes to brewing lagers. They are not flashy but the lagers coming out of the Mission Valley location are consistently of high quality.

10. Bagby Beer – Like Gordon Biersch, Bagby gets overlooked by people looking for beers to hype up because they consistently brew beers to style rather than trying for the next big thing. Most times you visit Bagby you will encounter at least one if not two excellent lagers. They also tend to have excellent lagers from out of town on tap as guest beers.