This Beard’s on fire

This Beard’s on fire

It’s nearing 5 o’clock on a Friday afternoon in El Cajon, and the energy is building at Burning Beard Brewing. The two-year-old beer company sits in an industrial zone due south of the small airstrip at Gillespie Field, surrounded by metal shops and auto parts businesses. Some of the customers are still wearing work shirts or coveralls. Having just clocked out, they’ve come seeking refreshment to welcome the weekend.

“I’ve been a regular here since it opened,” says one of them at the bar, “The beer’s so good, and it’s just too convenient not to come here after work.” After deliberating a few moments, he orders a second round. “Circle of Hops, again” he finally tells the beertender, referring to the brewery’s flagship pale ale. He’s enjoying the pale’s balanced malt and hop character too much to try something different. 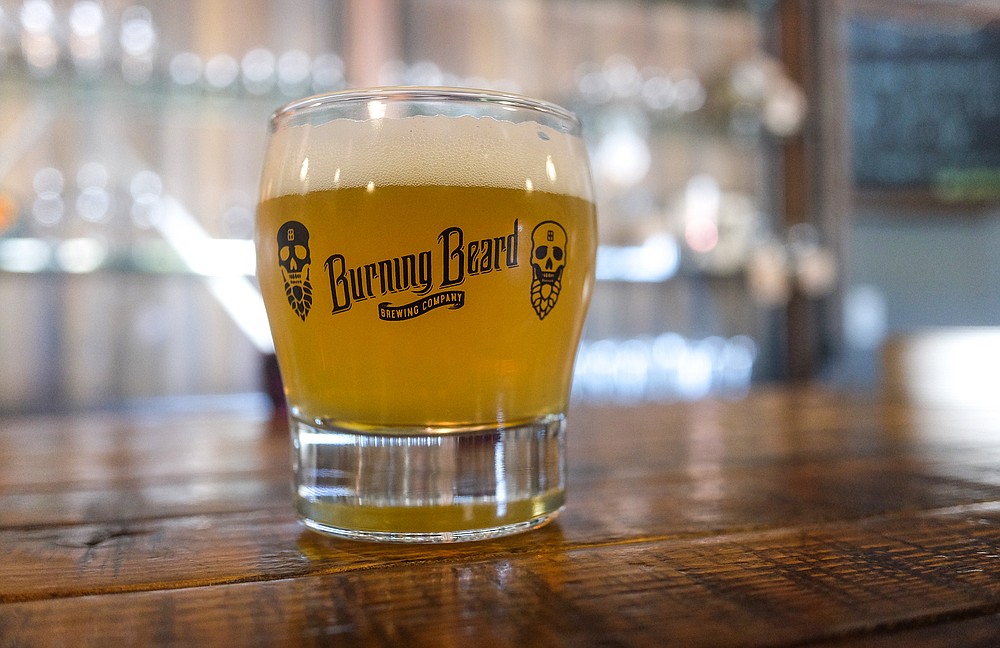 The destination isn’t convenient for all of us. At least half drinking in the tasting room or patio wear jeans and craft beer t-shirts. They’re enthusiasts who have made the drive east to experience Burning Beard at the source.

Like most San Diego breweries, IPAs do well here, and seven hop-forward beers line up on the left side of the board. But these brewers pay respect to broad swath of beer styles, featuring eleven IPA alternatives, including Belgian styles, a hefeweizen, and the crisp Normcore pilsner, which has helped spur San Diego’s craft lager revolution over the past two years.

I’ve already tried most of the regular features here, so today I’m particularly interested in a beer I’ve never seen before. Making an oblique reference to a Metallica album, it’s called Roggen the Lightning.

“What is a roggenbier?” I have to ask.

I’ve asked the right person. Charismatic tasting room manager Shannon Lynette is both knowledgeable and passionate about beer, and her answer leaves me little doubt I want to try this one. “I’m so excited about this roggenbier!” she starts, explaining it’s a very old German beer highlighting the grain, rye (roggen in German), and brewed with a traditional hefeweizen yeast.

In this case 80 percent of the grain is rye, yielding a spicy amber liquid with a hef’s banana and clove notes layered under the rye’s sharp bite. Thanks to Lynette, I’m able to appreciate the finer points of an obscure style I’m experiencing for the first time. Moments later, word reaches the bar this beer has just won a bronze medal at the Los Angeles International beer competition, and I feel as though I’ve been let in on a secret.

“More shiny objects for my tasting room!” she announces to the early evening crowd. Lynette’s enthusiasm sets the tone here, and not just among beer drinkers. Each of her beertenders adeptly guide me to additional $2 tasters, following their manager’s lead in regard to both beer education and zeal.

I try a German leichtbier (light beer) that delicately showcases floral hops before they steer me back to the hoppy side of the menu, explaining that Burning Beard’s IPAs feature different grains than most San Diego style IPAs, often responsible for their smoothed textures and well-rounded flavors.

It’s the kind of customer experience that demonstrates the value of drinking beer at a brewery versus a bar. I expect there will be an abundance of new beer knowledge to learn when Burning Beard releases its first batches of wild ales later this year.